America’s biggest private equity companies have spent millions over the past five years lobbying to keep their tax rates low. Several major private equity firms, including Mitt Romney’s former employer, Bain Capital, have paid for lobbyists to fight for the carried interest tax break, which protects the profits-based compensation that makes up a large portion of private equity executives’ pay from regular tax rates. Carried interest became a hot button issue on the campaign trail when Mr. Romney revealed he pays a tax rate of just about 14.65 percent, in large part due to the low tax rates for carried interest.

The private equity companies Blackstone Group LP and Bain have both paid to lobby to keep the carried interest rate low. Private equity companies also teamed to form a political action committee which began making campaign contributions last summer. According to Bloomberg Businessweek, lobbying is only part of the reason the carried interest tax break has survived political pressure. In addition to the backing by companies, the tax break also enjoys the support of wealthy donors who give to both parties.

In 2008, Mr. Romney supported preserving the carried interest tax break. Following the controversy over his tax returns, his policy director, Lanhee Chen, hinted that he’d be willing to eliminate the tax break, however his campaign subsequently backed away from her statements. 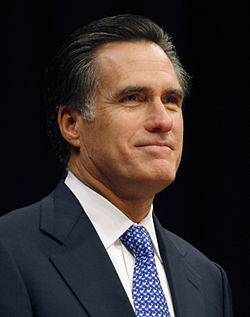