WASHINGTON — A group of protesters to attempted to “mic check” former Alaska Governor Sarah Palin’s keynote speech at the annual Conservative Political Action Conference at the Washington Wardman Park Mariott today. Audience members drowned out the occupiers with boos, chants of “U.S.A.” and “Sarah!” before they were escorted from the hotel ballroom.

Ms. Palin briefly interrupted her speech, which was mostly an indictment of the Obama administration to join the CPAC audience in their “USA!” chants.

“See? You just won. You see how easy that is?” Ms. Palin asked as the protesters were removed from the room.

Witnesses in the hotel lobby told The Politicker the protesters were escorted out by police surrounded by a crowd of reporters. They did not believe any arrests were made. As of this writing, Ms. Palin’s speech is still in progress.

Update (5:29 pm): A police officer at the D.C. Metropolitan Police’s 2nd District station, which includes the Washington Wardman Park Mariott, said he was not aware of any arrests.

Kristy Campbell, a spokeswoman for the American Conservative Union, which organized CPAC, told us there was a plan in place to deal with potential protesters.

“We have a policy in place that people who are disrupted should be removed,” Ms. Campbell said. “It’s happened before.“ 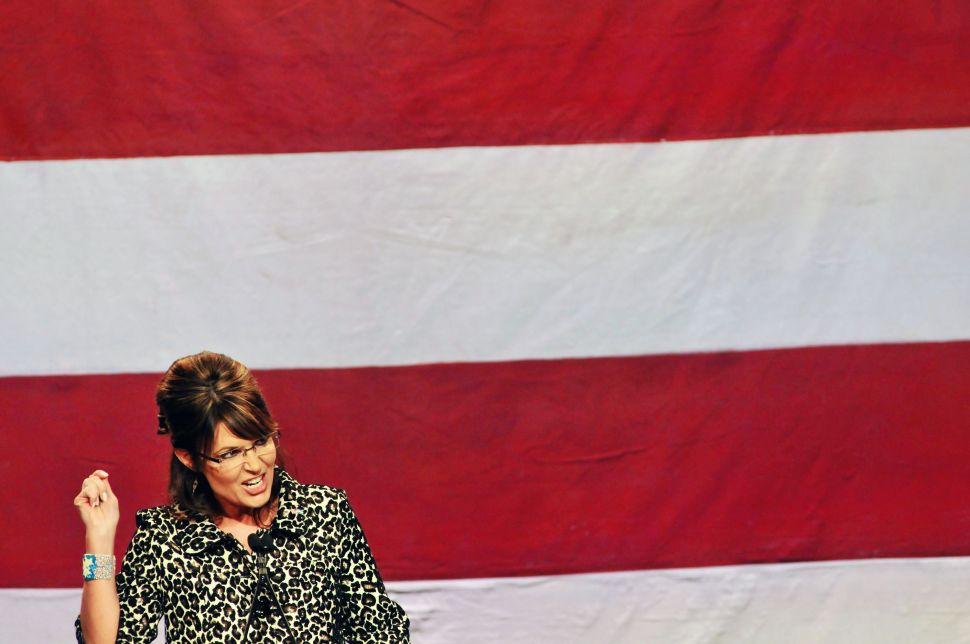