Natasha Loder, the Midwest correspondent for The Economist, showed up to cover Mitt Romney’s victory speech at the Diamond Center in Novi, Michigan tonight and wound up in handcuffs.

Ms. Loder told The Politicker she was briefly detained by police before being let go after getting into a dispute with a private security guard outside the room where Mr. Romney was speaking. Ms. Loder, who was only able to speak briefly because she needed to file, said she and a group of other reporters were put in a press filing room at the event, however they realized there was a delay in their video feed when they heard Mr. Romney taking the stage in another room. According to Ms. Loder she and the other reporters left the filing room and tried to listen to the speech in real-time outside the doors of the main room.

Though Ms. Loder said the doors had been open all night, she said a security guard posted outside said he would shut them once the reporters began gathering outside. Ms. Loder said she asked the guard to speak to someone with Mr. Romney’s campaign, but they were quickly approached by a police officer who said he could arrest the reporters for trespassing if the guard wanted. Ms. Loder refused to leave and was placed in handcuffs by the officer.

Chad Livengood, a reporter with the Detroit News who witnessed the encounter, Tweeted his take on the situation. He said Ms. Loder and the other reporters with her did not have credentials to enter the main room. According to Mr. Livengood, Ms. Loder “sat down in the doorway in protest” when the security guard attempted to close the door. Mr. Livengood also said he overheard security guards saying the Secret Service wanted the doors to be closed during the speech.

After speaking with the policeman, Ms. Loder was allowed to go on her way.

“I just said, ‘Look, I’m sorry, I just wanted to do my job,'” she said of her encounter with the cop.

After speaking with the policeman, Ms. Loder was released and went to file her stories.

“They gave me a ticking off and that was it,” she said.

According to Ms. Loder, there was at least one person present during the altercation wearing a badge identifying them as a Romney campaign staffer. She said the staffer didn’t attempt to intervene.

“There was somebody there, he didn’t offer to help or smooth things over, not in front of me anyway,” Ms. Loder said.

As of this writing, the Romney campaign has not responded to our request for comment on this story, but Daily News reporter Celeste Katz, who also attended the event, said a Romney spokesperson told her the situation with Ms. Loder was “strictly a police matter.” 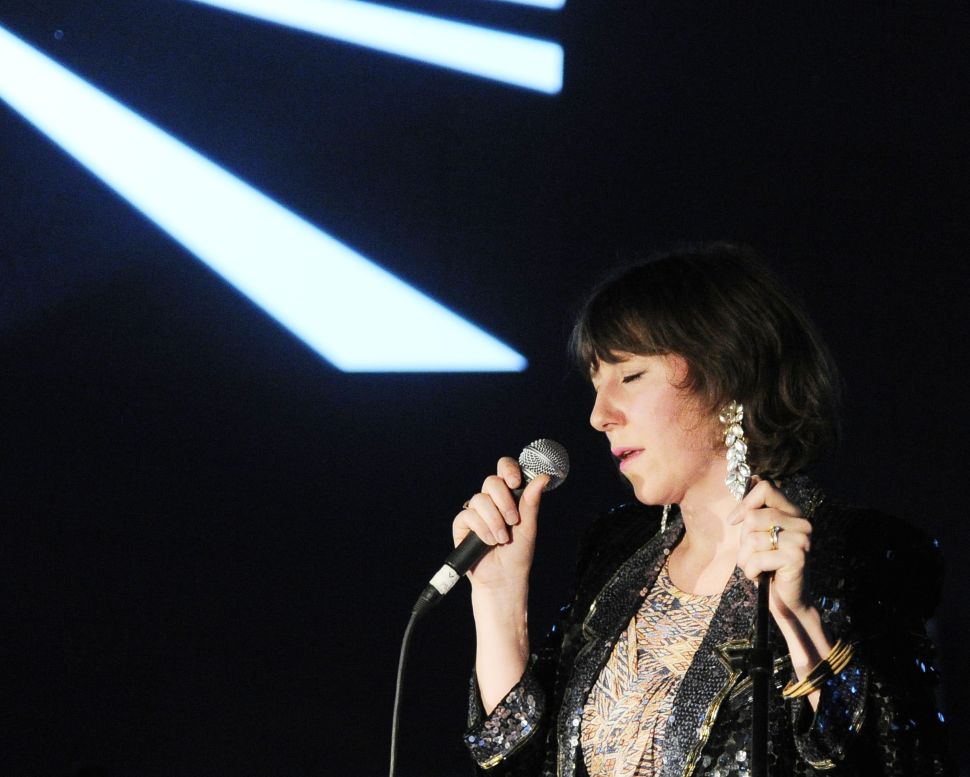