At CNN’s Republican presidential debate in Arizona tonight, the four candidates were asked to describe themselves with one word. 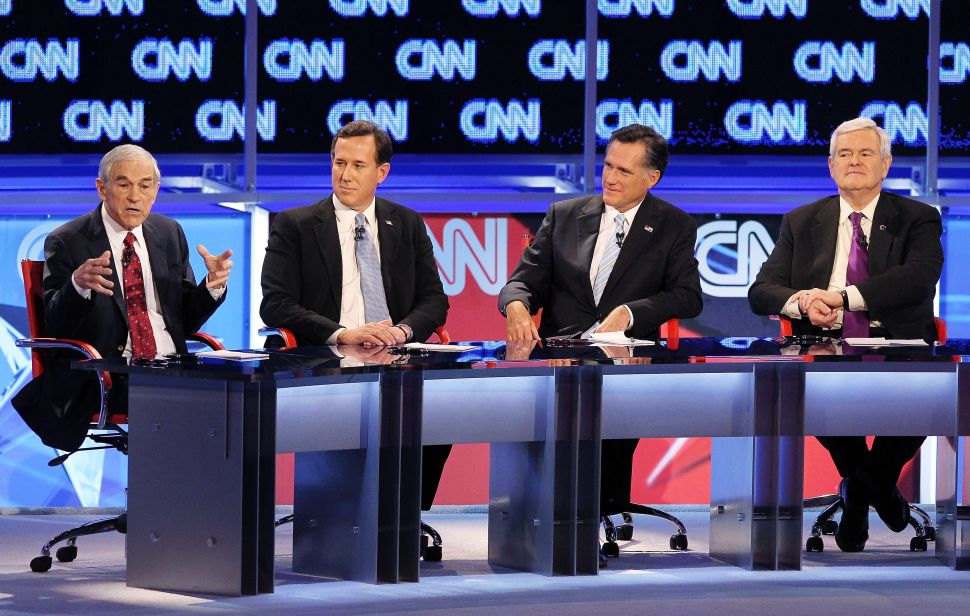