A social event for a matchmaker on the day after Valentine’s Day struck Transom as having more than a slight whiff of desperation about it. Or was it hopefulness? We were expecting a shout of “Next year in…”—well, where is it that prototypically happy couples go, anyhow?

Happy coupledom, to us, has always read as shorthand for “excuse to stay home on couch in pajamas reading novels.”  These thoughts were with us as we entered the Upper East Side restaurant Amali. Amali had been described in the invite as “farm-to-table,” which got us thinking metaphorically. Ah, the farm. No matchmaking required there—jump cut to grunts and flying mud. Pity the poor humans and their tables, over which banter must be made.

We’d always wanted to meet a matchmaker, and no sooner had we picked out Richard Easton as the dark-suited fellow with round, owlish glasses, than we employed a strategy that, back in our single days, had helped us to meet men: we made a bee line for him, cornered him, and started asking questions.

One of Mr. Easton’s selling points is that he is the same demographic as his clients. To give you an idea of what that demographic is, he founded his own bank in 1988 and sold it to Merrill Lynch in 1999. He was married for 11 years, is divorced, and has two daughters.

Of late the matchmaking business is good. He expanded his business to Los Angeles in October—“It’s doing extremely well. I’m back and forth on the plane all the time”—and in the fall will open in Miami. Next year, London. He may, he says, branch out into same sex matches but, for the moment, “I have no experience in it, so I stick to what I know.”

As we spoke, clients came by to chat with him, and he described them to us, sotto voce. One was, he said, looking for a woman who is beautiful, and a rocket scientist. A tough assignment, we said, and asked about his most successful match ever, and he launched into the story of a 42-year-old German man who owns residences in several countries, to whom he introduced a 33-year-old Danish former supermodel. There was an impromptu European sojourn—nights out at restaurants, days lying on the beach, “and now they’re inseparable, engaged!”

We sighed, and asked whether he felt boxed in by the stereotypical image of the woman matchmaker, the yenta of yore. Men, he said, appreciate a man’s perspective. And “a lot of women would rather be matched by a man, because a man knows what a man wants in a woman.”

But what do most people, you know, want? “Women are just as superficial as men when it comes to looks. Society in general believes that women put looks secondary, or third.” Huh. “Men want the girl to be sweet.” Well, there it was. We’d just been disqualified from every possible match, ever. “And women want the guy to make ‘em laugh.”

But don’t, we ventured, don’t men want to laugh too? Don’t they, well, want women to be funny? “Men want that too. It’s just,” he paused, “further down on the list.” We took a drink of our cloying drink. “15 years ago, I felt people were much more focused on religion than they are today,” he went on.  That, we said, Doesn’t bode well for J Date and Christian Mingle, which promises ‘the mate God intended.’ Didn’t his company offer stylists to clients to make them more date-worthy? “A lot of typical men,” he said, “have 15 business suits and stuff to go watch a football game with their buddies, and nothing in between. That’s where a stylist can help, with date clothes.” We asked how he works, and he told us he speaks with clients at length, interviews them, gets to know them…

Wait, something about all of this was starting to sound familiar. Interviews, drawing people out. Matchmaking wasn’t so different from…reporting!

Hey! What about the all the boozy late night relationship advice we’d doled out over the years? What about the ghostwritten text messages that had earned us, in our own eyes at least, the moniker “Sarahno De  Bergerac?” We could do this. Then again, maybe not. We were pretty sure we didn’t know what qualified as date clothes. Also, we weren’t clear on what it meant to be “sweet.” Outside Amali, the air was thick with the noxious fumes of unrequited love, heavy with the lingering fog of bad dates. Or? No. It was only taxi exhaust. 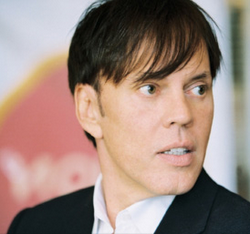