Though all the major news outlets have projected a win for Mitt Romney in last night’s crucial Michigan primary, Rick Santorum’s campaign operatives are clearly unwilling to accept their candidate’s loss. According to CNN, Mr. Santorum called Mr. Romney to congratulate him before making a speech to supporters in Grand Rapids, Michigan last night, but as Mr. Santorum was on stage, his campaign manager, Mike Biundo posted a picture of the moment on his Facebook page and titled it “Rick Santorum’s Victory Night Michigan.” After the speech was over, Mr. Santorum’s top strategist, John Brabender, told reporters, “We may have won Michigan.”

Mr. Brabender’s comments were based on the chance Mr. Santorum may take home more delegates than Mr. Romney because Michigan awards delegates based on vote counts in individual Congressional districts rather than the overall total. Mr. Biundo, on the other hand, thinks his man was victorious no matter how the votes add up. In addition to his “victory night” photo, Mr. Biundo wrote a Facebook post this morning declaring Mr. Santorum the winner in Michigan regardless of the outcome.

“No matter what happens here on election day. Rick Santorum has already won Mitts home state of Michigan by making him out spend us at least five to one in what should have been a easy victory for him,” he wrote. 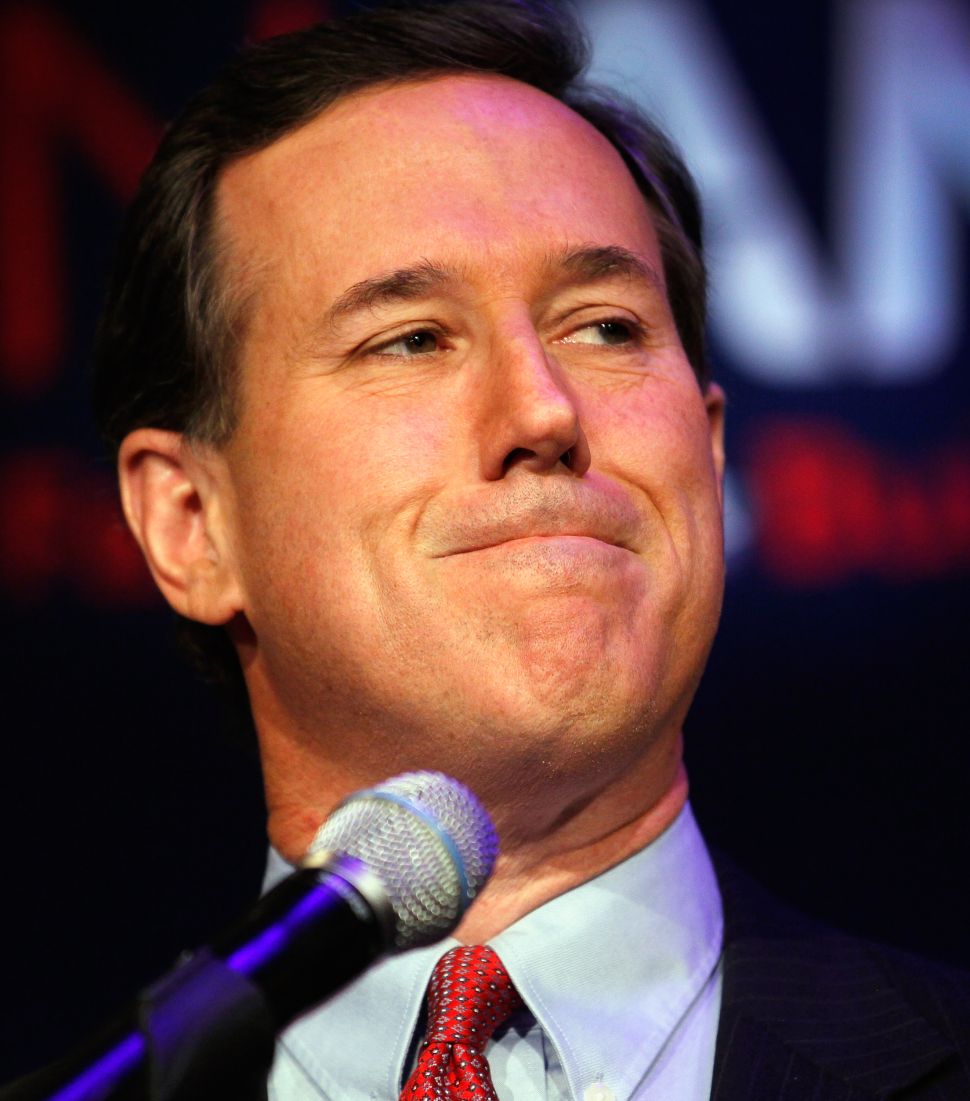