Always outspoken State Senator Ruben Diaz Sr. is not pleased with redistricting proposals that would use space in the Bronx to create a predominantly Latino Congressional district or extend Charlie Rangel’s district into Westchester. Mr. Diaz sent one of his periodic “What You Should Know” missives to supporters yesterday slamming the proposals.

“The Bronx is not a colony,” Mr. Diaz wrote. “You should know that I am just calling it the way I see it: the way the district lines have been drawn for New York’s Congressional seats indicates to me that there are some people who still believe in colonies.”

With Manhattan’s demographics changing, some lawmakers have proposed uniting Mr. Rangel’s district in Harlem with Mount Vernon via the Bronx to give him a seat with an African American majority along the lines of a proposal made by the NAACP. The Bronx and Manhattan Democratic parties have tussled over this plan since the borough holding the most of the district would control choosing a successor when the person occupying the seat retires. Latino activists and local politicians are pushing to create a new Latino district in the Bronx and Northern Manhattan in addition to Congressman Jose Serrano’s district, which currently takes up much of the Bronx. Mr. Serrano is Puerto Rican and the new district would likely lead to the first Congressman of Dominican descent. Mr. Diaz cited these proposals, as well as a plan to extend Congresswoman Nita Lowey’s district into the Bronx from White Plains and Westchester as “trying to divide the Bronx into parcels.”

“Even though a new Congressional Hispanic District is among our highest consideration, we should not be blind and just sacrifice the entire borough for one new Congressional seat,” Mr. Diaz wrote. “That said, I must insist again that the Bronx already has enough people to have its own Congressional seats without the need for outsiders to intrude in our ability to govern ourselves.”

Mr. Diaz previously criticized the plan to change Mr. Rangel’s district in a “What You Should Know” message sent late last month. In his most recent missive, Mr. Diaz expressed the fear Mr. Serrano’s seat “might even be compromised by these plans.” He said it would be unfair for the Bronx to lose Congressional seats since the borough’s population is “booming” and compared the proposals to discriminatory 19th Century “gerrymandering.” Legislative lines are redrawn every ten years based on census data and growing communities generally are given space in more Congressional districts.

“The Bronx is booming because of the hard work and dedication of Bronx elected leaders and representatives who created an environment for people to come to live in the Bronx. No matter what parcel they may be trying to give away to undermine the Black and Hispanic achievements in the Bronx – political and otherwise – we should realize that this tactic harkens back to the Reconstruction Era when gerrymandering was used to dilute the new found political strength of African Americans in the South,” Mr. Diaz wrote.

Mr. Diaz finished his message encouraging other Bronxites to “come together and speak as one” against the redistricting proposals.

“We in the Bronx cannot accept this. We should not allow it. It is not right, and it should be stopped. I am Senator Rev. Ruben Diaz and this is what you should know,” he wrote.

According to a State Senate staffer, current proposals for the new Latino Congressional seat include Washington Heights and Corona in Queens while majority of the district is located in the Bronx. This would leave room for Mr. Serrano to maintain his seat while giving the Bronx Democrats control over the new seat as well. While the original NAACP proposal for Mr. Rangel’s district included Washington Heights and much of the Bronx, a source in the Legislature told The Politicker a new plan for the district allows Washington Heights to be part of the Latino district and decreases the territory in the Bronx by extending it into Queens. Under this plan, Mr. Rangel’s district would include Randall’s and Riker’s Island. This would allow the district to include a contiguous swath stretching from Mount Vernon to Harlem and the predominantly black populations in Queens’ Astoria and Queensbridge Houses in Queens via the islands. 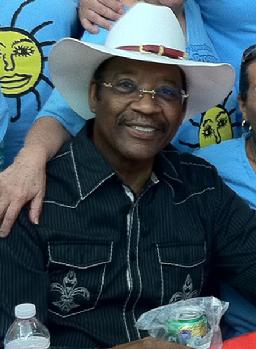