Parents say very specific things depending on their Brooklyn district

When earlier this week, the New York Daily News reported that Park Slope resident and mother Susan Fox was looking to the listserv ParkSlopeParents.com for material on her own “Shit ___ Say” spinoff, the subsection of the Internet devoted to hipsters living off the F-line of the borough collectively rolled its eyes.

As if we need ANOTHER “Shit _____ Says” video. I actually can’t fathom something less funny than Park Slope parents reciting their inane babbling in a quickly-clipped internet video that will for sure not have Juliette Lewis in it (if Buscemi is included, however, I will reconsider this entire post).

Yet despite the sneers, it only took Ms. Fox four days between that NYDN article and the release of her video, which we assume means a lot of new parents in the Slope (or the people annoyed by them) contributed to the marking of “Shit Park Slope Parents Say.”


We just hope this won’t interfere with our “Shit Carroll Gardens Parents Say” idea, which is completely different and unique from this one. 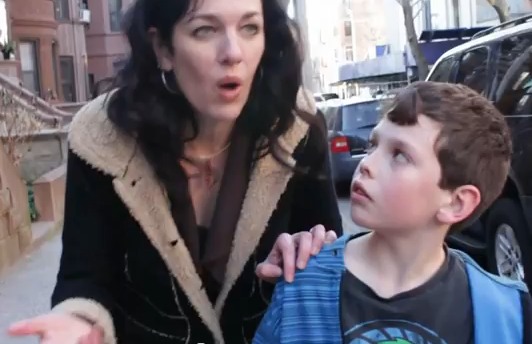