The editorial staff at the Philadelphia Inquirer has a message for the Democratic Party bosses eyeballing their paper: stay away from our newsroom.

Former Gov. Ed Rendell announced last week that a group including himself, South Jersey Democratic leader George Norcross III and parking czar Lewis Katz want to buy the paper, along with the Philadelphia Daily News, triggering varying degrees of worry, restlessness and outrage at the Inky.

“People are shi**ing about Norcross and Rendell looking at us,” one source told PolitickerNJ.com.

The designation “former” in front of his title makes the affable, pragmatic Rendell a less imposing figure to the sources who spoke off the record to PolitickerNJ.com. But the same can’t be said of Norcross, powerful head of the South Jersey Democratic Organization.

Norcross did not return a call seeking comment on his reported interest in the Inquirer.

Multiple sources told PolitickerNJ.com that no one has anything positive to say about the potential purchase, and characterized the Inky atmosphere as gloomy at best with the news of Norcross’s interest.

“It would give us all kinds of reporting conflicts,” one source groaned.

Given Norcross’s power, another source dismissed the notion that anyone at the paper could write about politics and be taken seriously – even if the white-haired political titan is just in legacy mode.

One source acknowledged that robber barons – to use the source’s term – have always run newspapers. If it’s not one powerful, conflicted entity than it’s another. That’s just the biz. When publisher Brian Tierney took charge of the paper, a few editors prepared to write the paper’s epitaph, said a source, given his history of filing suit against the Inky. But the paper survived – even thrived editorially, under his watch, argued the source.

Yet the fact that the Rendell/Norcross group does politics for a living makes the new gaggle of investors more troubling, a source said.

“I don’t think there’s anyone here who thinks it’s a good idea,” a source told PolitickerNJ.com.

“Are people ever going to trust what we write about politics?” another source fretted.

He’s too big, his influence too wide-reaching.

“How can we cover this region, how can we write critically about these institutions when the guys who run them are paying us?” said a source. “Rendell might be not such a problem, but particularly Norcross – I can’t fathom how we can write critically with this intense a guy in the background. I can’t see him playing a hands-off role. That’s not him.”

Columnist Paul Davies of the Philly Post chalked up a Rendell-group owned operation as the death knell of the Liberty Bell.

“Take George E. Norcross III, the South Jersey political boss,” the columnist wrote. “Will his brother, Donald, the electrician-turned-New Jersey state senator who was first sworn in without facing voters, receive any scrutiny? What about the mayor of Camden who is viewed as a Norcross puppet? Or Cooper Hospital, where Norcross is board chairman?”

Notwithstanding the hand-wringing, some Inky staffers admit they would prefer to eat than get tossed in the street.

“The general perception here is concern about editorial integrity, but if these clowns are going to win and be our bosses then we’ll have bosses for bosses,” said one resigned source.

Rendell has said publicly his group doesn’t seek short-term profit as much as viable community newspapers for the region. Several sources who spoke to PolitickerNJ.com said they would be more amenable to the group’s ownership of the paper if they signed a specific agreement to keep their hands out of the editorial department.

But they don’t have any confidence such an agreement would survive.

“We had a group of business people who signed a pledge that they wouldn’t get involved in the editorial side of the paper,” said a source. “If I had a nickel for every time that pledge was violated I could buy the paper.”

Another source laughed at the idea of an agreement, guessing that Norcross’s main motivation in wanting to buy a floundering newspaper outfit can’t be money.

“Maybe with Rendell it’s ego, but with Norcross, I can’t believe he would want the paper for any other reason than to shape editorial content,” said the source. “It’s not like he’s into being a benevolent dictator.” 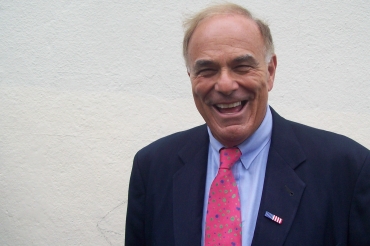