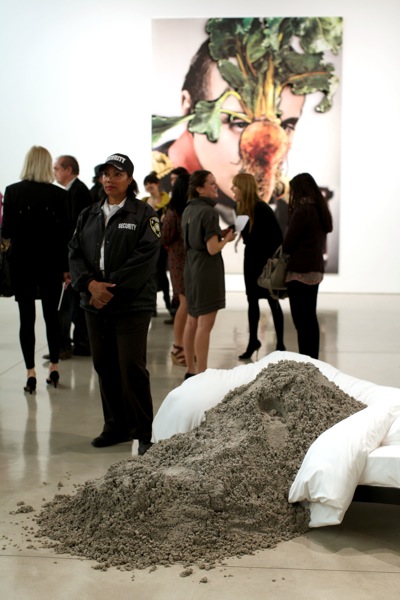 All photos courtesy Patrick McMullan Company, except where noted
jhanasobserver1 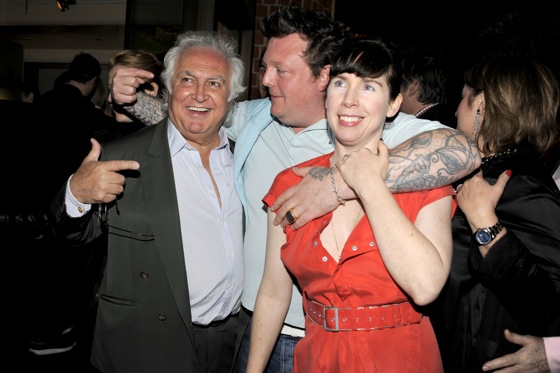 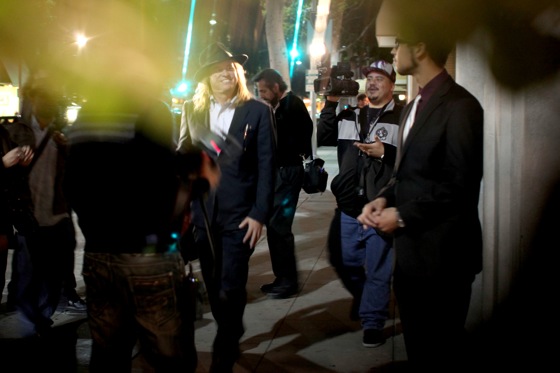 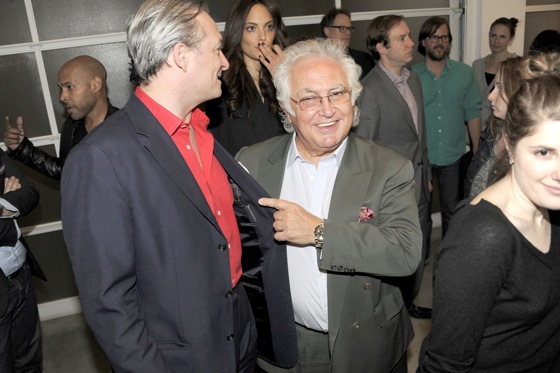 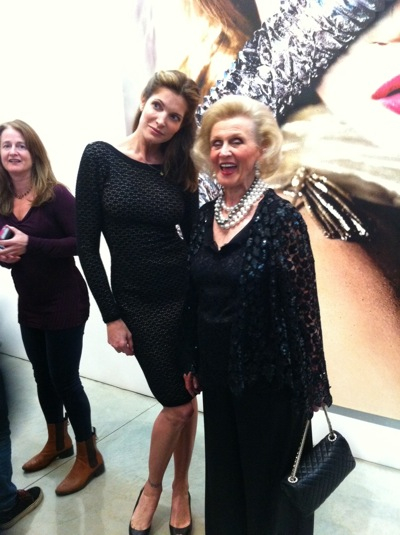 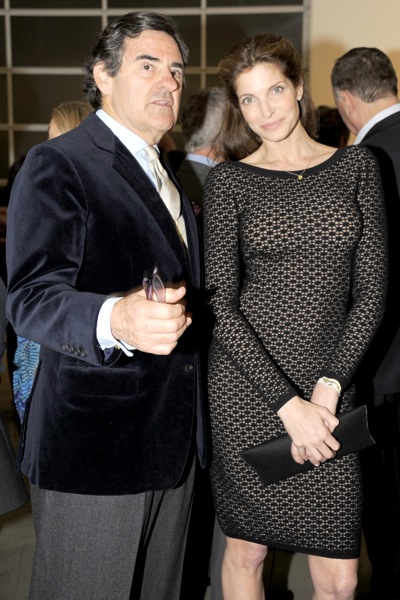 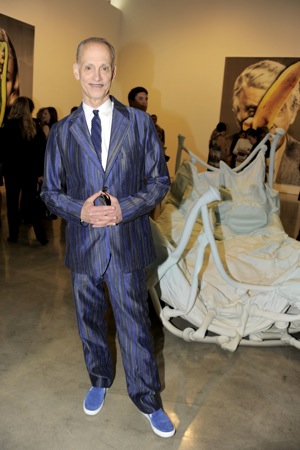 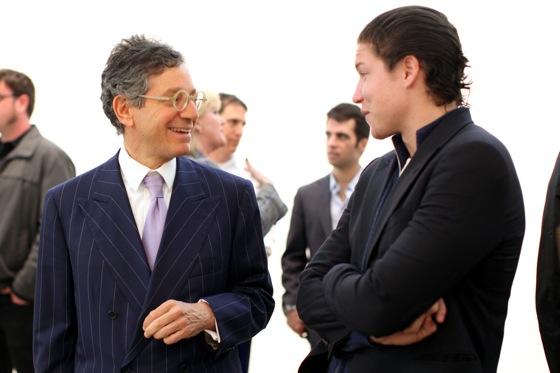 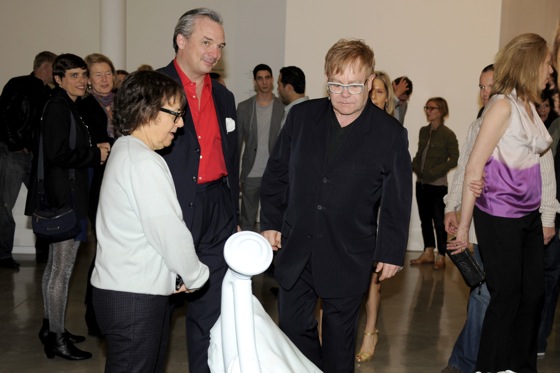 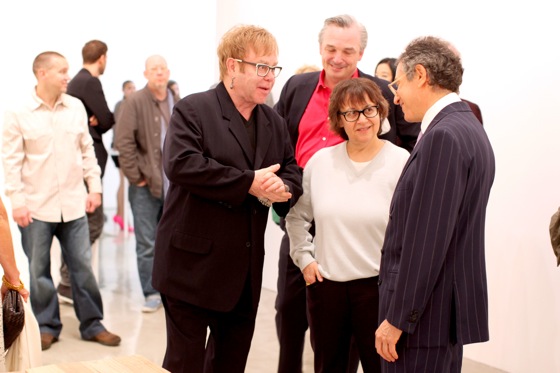 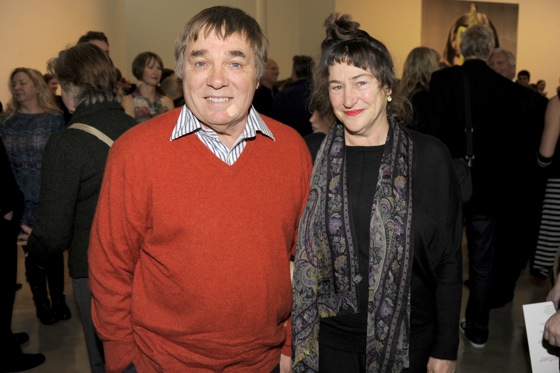 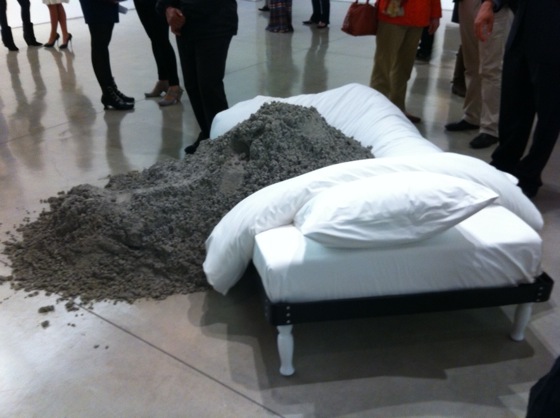 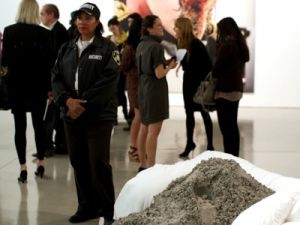 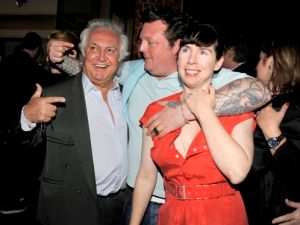 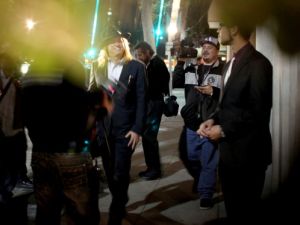 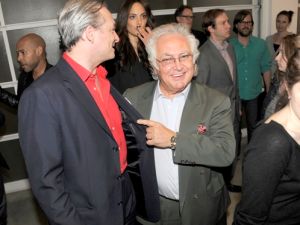 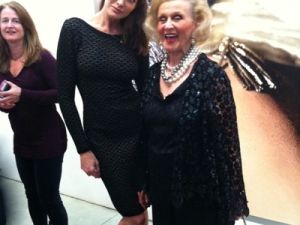 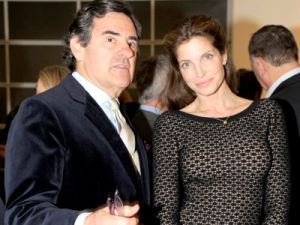 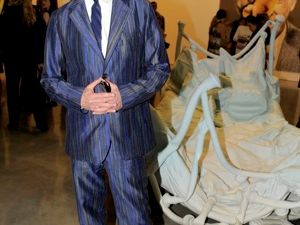 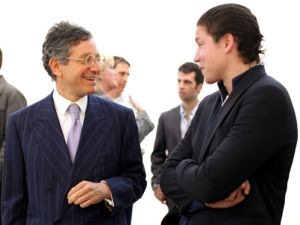 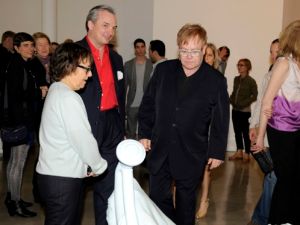 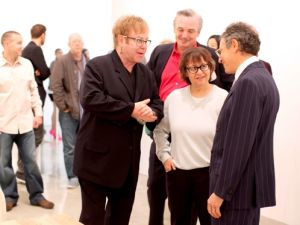 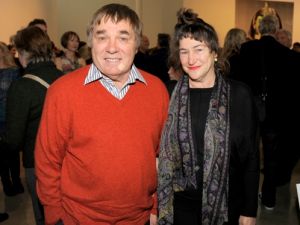 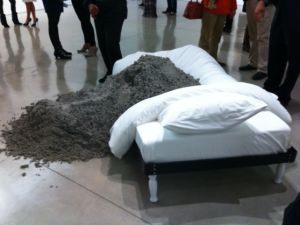 Thursday evening at Gagosian Beverly Hills proved to be the opening of the week—at least thus far. Gone is Damien Hirst’s overhyped and underwhelming homage to Twister. Instead, Swiss artist Urs Fischer has taken center stage with “Bed and Problem Paintings”—his first show with the gallery.

Julian Schnabel came in white pants and a T-shirt besmirched with paint. Model Stephanie Seymour, wife of mega collector Peter Brant, glommed onto Barbara Davis. Elton John stopped by and chatted with John Waters. Actors—or rather, celebrities—showed up in full force to check out the nearly sold-out show. Mr. Waters, Russell Simmons, Vidal Sassoon, as well as former Academy Awards producer Brett Ratner were there too. “It’s actually the perfect convergence of art and Hollywood—it doesn’t get better than this,” said art advisor Stefan Simchowitz.

Resplendent in their graceful imagery, Mr. Fischer’s paintings hung around the gallery. His sculptures held court in the center of the galleries—in one, a blue bed, in the other a simple white bed, suffused in grey concrete. “His artwork is breathtaking,” said collector/film producer Steve Tisch. “It’s fresh, it’s new. The portraits are great. I asked Urs the other day who some of the actors were… His attitude was, ‘I don’t remember. I’m not sure.’ I love the fact he’s so not focused on who the actors are and just the pieces. There’s a genuine indifference that’s absolutely charming, it’s not gratuitous, it’s sincere.”

So how does this measure up to a New York opening as far as the celebrity quotient? “They’re all pretty much the same,” said gallerist Gavin Brown, referring to shows back home. “I think a Gagosian gallery opening for Urs Fischer, during Oscar week, is usually going to bring a higher level of celebrity.” Mr. Brown intended to hit a number of shows while he was in town, starting with Terry Richardson at Oh Wow. “I’ll probably pop by; and I’m also going to Night Gallery.” (Spencer Sweeney, another Brown artist, is showing there.)

Famed photographer and Vanity Fair darling Jean Pigozzi was ebullient about the show—and its attendees. “This thing here? It’s cool,” he said. “I think the people look weirder here. In New York everyone’s in black and more serious, and here there’re more fun characters. Plus the girls are cuter.”

MOCA’s Jeffrey Deitch was there as well, natty as ever in a blue suit and purple tie. “There’s an increasing convergence between the art world and the film world,” said Mr. Deitch. “It’s an interesting example of this new—what I call ‘progressive culture’. It used to be the avant-garde on one side, who really maintained a barrier between what was going on in their sector and popular culture. Now there’s much more of a convergence between vanguard and popular culture into this new area. The people who are entrenched in it don’t really differentiate—they’re interested in new concepts and culture, and it sort of doesn’t matter whether it’s art, music, fashion or film.”

One look at Thursday’s attendees and it’s apparent Mr. Deitch is right. Julian Schnabel came late, but pondered long, maybe contemplating the size of Mr. Fischer’s paintings compared to his own. Photographer Terry Richardson worked the room, as did artist Rosson Crow whose show, “Ballyhoo Hullabaloo Haboob,” arrives Saturday at Honor Fraser. “I think I like the blue bed the best—it feels like classic Urs—it’s tough and mean.”

Ms. Crow’s view of the crowd was much different than Mr. Pigozzi’s. “I feel like this is totally New York—and I love that. I feel like I’m in the Gagosian on West Twenty-Fourth Street. Peter Brant is here, and half the girls who used to work at Deitch Projects are here—I’m having a complete New York reunion!”

But this show was—and will be remembered—as a total L.A. event. Mr. Tisch, who serves on the board of LACMA, finished our chat with this: “There’s a very high level of enthusiasm for these works and, all in all, in terms of this show right here, right now in Beverly Hills, it’s a total home run.”