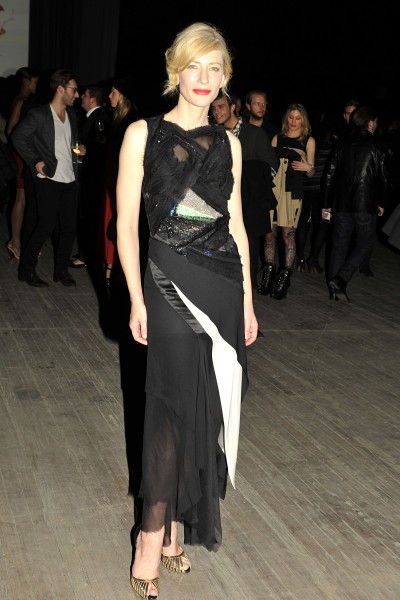 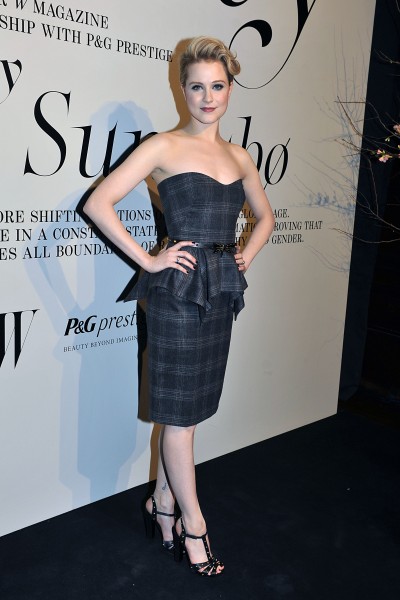 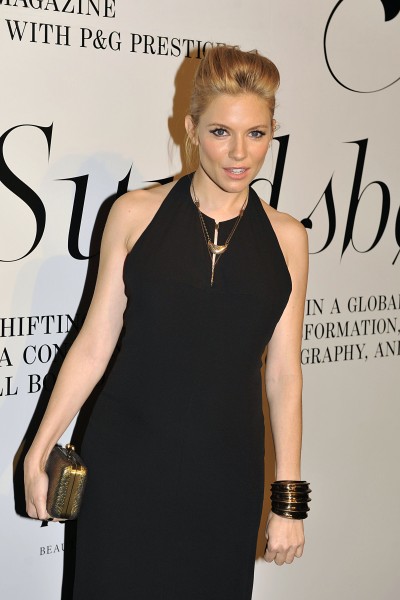 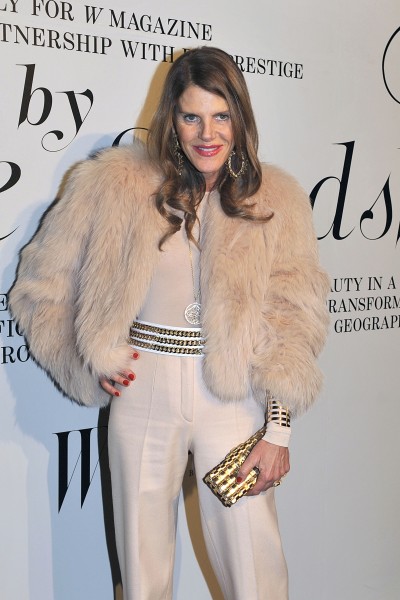 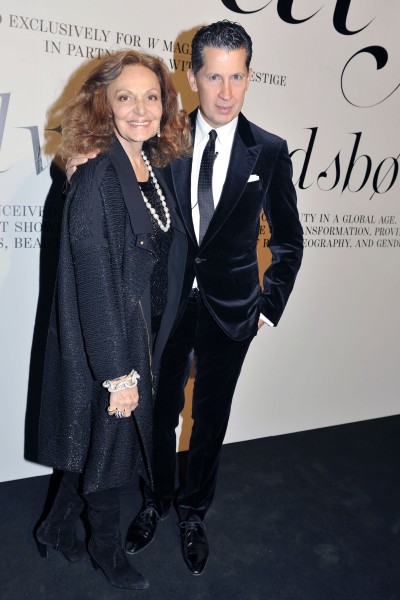 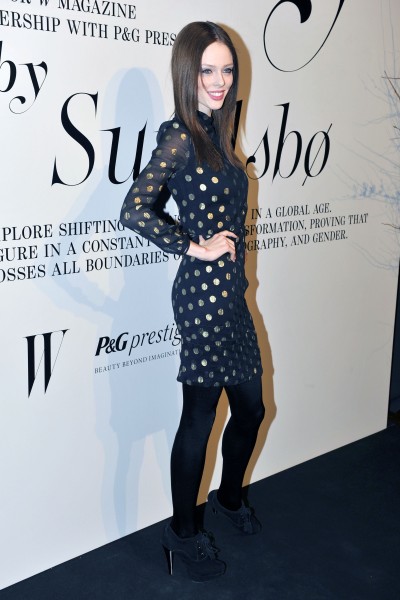 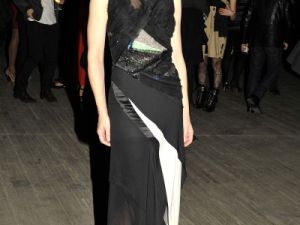 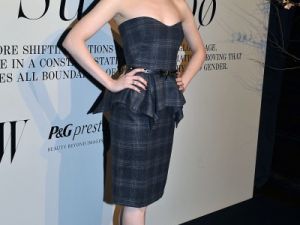 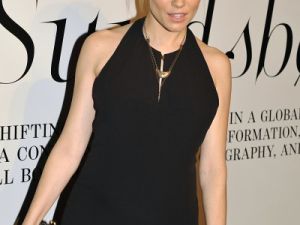 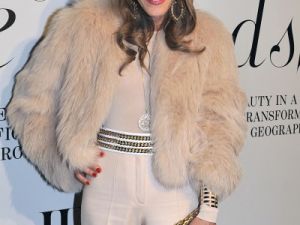 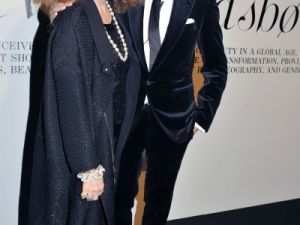 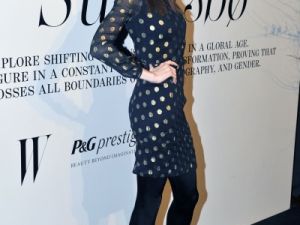 The last time we were in the Park Avenue Armory was for the Winter Antiques show, where every inch of the massive space was covered in paintings, curios, Edwardian furniture and antique lovers, most of whom were no longer sample sizes. Last night, however, the space was entirely empty, save for two giant screens, each fifty feet tall, and not a single guest exceeded a size six.

Fashion Week fixtures gathered in the space, jaws slackened as they watched the massive projections. Each screen showed a video installastion by  Solve Sundsbo, showing two models, one female, one male, with continuously changing body parts. To a haunting electronica sound track (if it wasn’t the same hypnotic hymn played in the Standard Hotel’s storied elevator, it was hardly distinguishable), well-toned legs morphed into writhing snakes, chests became blooming flowers and close-up ready faces were transformed into raven’s heads, always assuming a vaguely anthropomorphic shape. It was a trippy fashion fantasy, supposedly inspired by “the changing idea of beauty.” Ironically, both models at the center of the tableaux were conspicuously classic beauties.

After a flute (or tw0) we decided to broach a contentious subject with our fashionable comrades. Karl Lagerfeld recently called Adele “too fat,” (a comment which he later retracted, but let’s not get bogged in details, shall we?). We wanted to know what people thought about the fashion guru’s comments. With whom would they side, Uncle Karl, patron saint of Couture, or Grammy sensation Adele?

We asked Diane von Furstenberg (who was staring, transfixed at the screens)  if she thought the idea of beauty was really changing in fashion. “Is it?” she asked whimsically, apparently still under the film’s spell. Of Adele, she angrily brushed aside any naysayers, snapping back to reality. “I think that she’s hot, I see her picture, she looks great. Listen, beautify is what beauty does. John Keats said it before me.” While we’re not sure if that’s a direct quote, we appreciated Ms. von Furstenberg’s sentiment.

Desperate to ask Daphne Guinness the same question, we hovered around the heiress while she chatted with a friend. “Ms. Guinness,” we began, only to have a “Please Desist!”  hand thrust in our face by her personal body guard who was, it turns out, a better hoverer than our self.

We approached the bar for a re-fill, only to find that we had stepped in somebody’s overturned Bloody Mary. We looked up at the bar, and our neurons began to fire:  Aside from splashes of tonic, champagne, wine and vodka were the only drinks being served meaning….. “Is that…blood?!” we asked an onlooking girl who had not cared to warn us of the bodily fluids.

“Um, yes. Someone, like, fell on their champagne glass,” she said.

Indeed the remnants of the ill-fated flute could be seen, shattered and bloody, in the hemoglobules. Feeling slightly faint, we walked away from the scene, tracking a trail of vital fluid with our (rather nice) boots. Between the film, the blood, the cavernous space and the giraffe-like models, the scene could not possibly have been more surreal. An attendant soon appeared with a bottle of Perrier to clean the mess, but not before we had time too Google clinics in the area where we might get tested for blood-borne infections.