Gov. Chris Christie has held firm in his opposition to Sarlo, arguing that the Democrats’ initiative was arbitrarily capping the cash payout for unused sick days. Christie maintained a “zero means zero” policy.

Sarlo originally argued that employees should be able to carry forward $15,000 in unused sick leave cash value, and then following Christie’s objection reduced the amount to $7,500.

Christie said Sarlo was arbitrarily choosing numbers for a benefit that has nearly become extinct in the private sector.

Christie, in his conditional veto of the Sarlo first bill, said he wanted employees to draw down from their accumulated time as they proceed forward, before using any newly awarded sick time. Sweeney’s bill does not require this drawdown, which one source close to the senate president said was a provision expected to be challenged and overturned in court.

“Over a year ago, the governor vetoed a bill on sick leave that his own administration crafted,” Sweeney said in a statement. “Millions of dollars in sick leave time have been accrued because of the governor’s action and unwillingness to compromise, money that will have to be shelled out by the taxpayers of this state.

“I want to commend Senator Sarlo and (lower chamber sponsor) Assemblywoman (Pamela) Lampitt for their dedication on this issue. I look forward to working with them on this new legislation,” he said. “The bottom line is we aren’t going another year without seeing this issue resolved. I know that no one, especially the taxpayers of New Jersey, want to see that happen.” 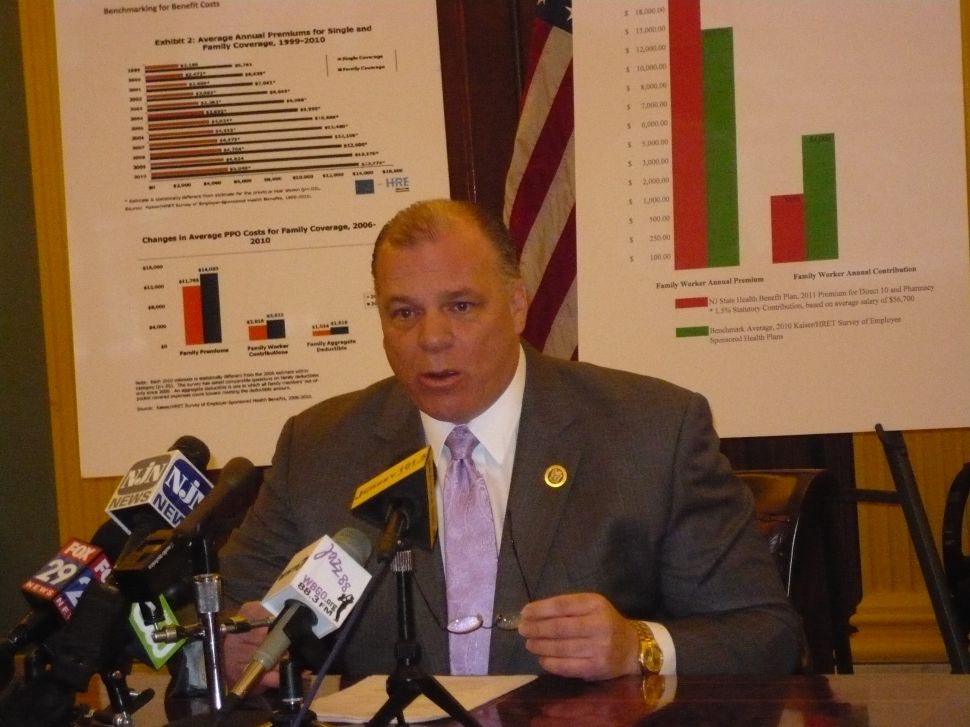