Earlier today, the official blog of Andre Balázs’ Standard Hotels posted, as it usually does, some pictures of a fete recently thrown at one of the various Standard establishments. This one, however, had an interesting bonus: The apparently multi-talented, oft-adored (or irrationally envied) Vogue-editrix-in-training Tavi Gevinson, singing a cover of Neil Young’s “Heart of Gold” at a movie premiere at The Standard East Village.

The performance was part of a screening party for an animated short called “Cadaver” by director Jonah Ansell. As The Standard’s blog tells it:

One would think the stars of the film, Hollywood legends Christopher Lloyd and Kathy Bates would make enough of a splash, but let’s face it, everyone was there to witness Tavi Gevinson add singing and acting to her already precocious fashion world success.

Seeing as how The Observer is herein neither a sufficient critic of Neil Young standards or sixteen year-olds, we’ll simply stick to noting anything other than the fact that, according to The Standard’s blog, Neil Young approved the cover (also featured in the film) himself. As a general rule, most people do not get the people whose songs they cover approving of said covers when they’re 16. Let alone Neil Young’s.

And also, that it’s kind of great.

[It’s not that nobody in New York City’s media set—adored or otherwise—has any remotely interesting talents other than those with which they use to do their jobs (though, besides the occasional softball game, this is probably kind of arguable); it’s that none of them are likely to ever put them on display (with exception to the occasional comedy night) for reasons not worth getting into here but that are generally along the lines of the same reasons everybody restrains themselves from doing that which may expose them to ridicule or failure, except they are all grown-ups with far less to lose in that department than they probably imagine. For that alone, this is noteworthy.] 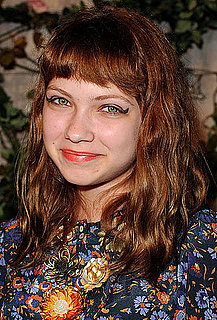