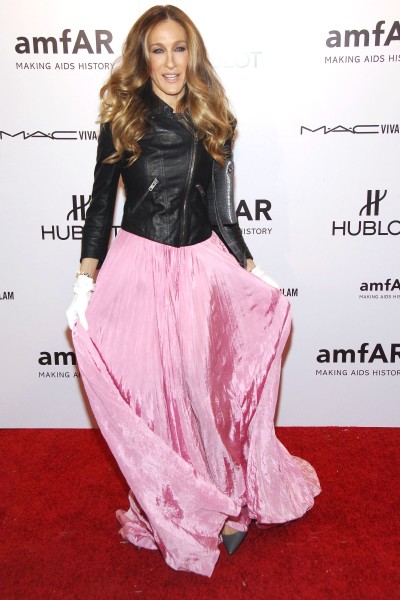 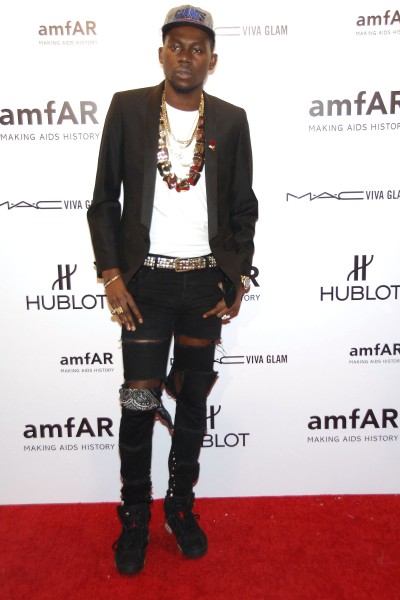 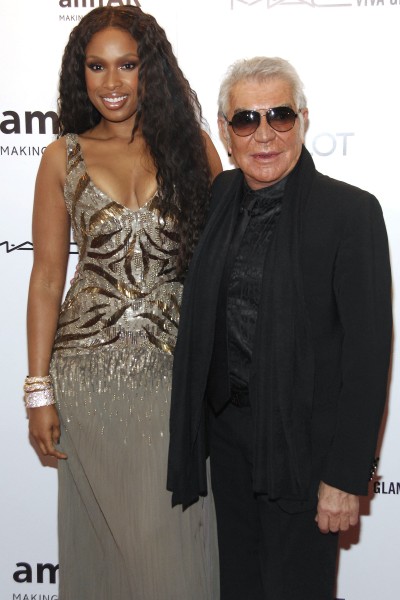 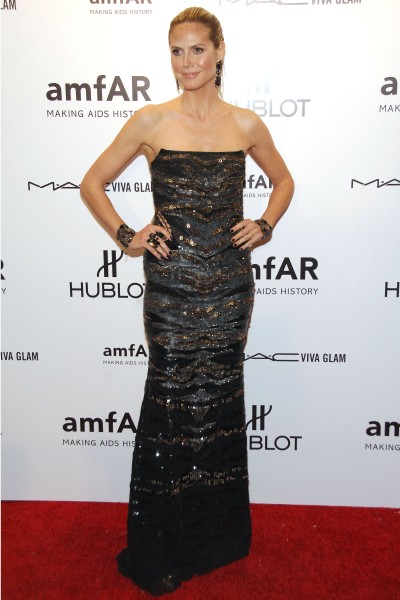 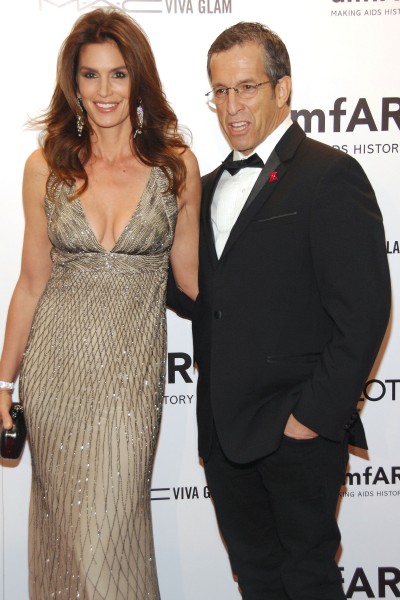 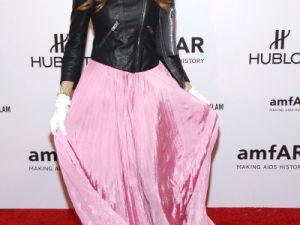 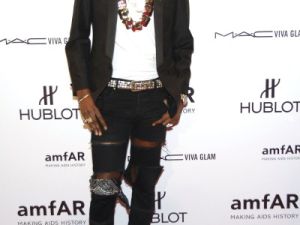 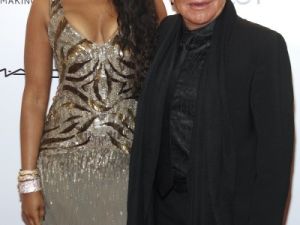 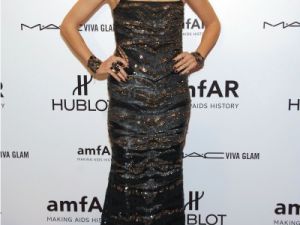 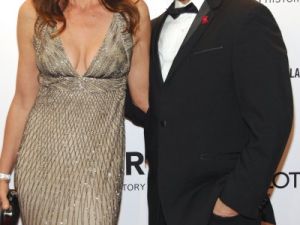 It’s Fashion Week, and through their cephalopod PR operations, designers court deeply unexceptional reality stars, unknown athletes and busybody bloggers. While the foremost fashion personages, the true style icons of our era, may attend a show or two to support a friend, the Fashion Week rodeo has long since lost its appeal for most eminent (and self-respecting) actresses, supermodels, designers and otherwise noteworthy nabobs loosely affiliated with the rag trade. In fact, during the week, just one event has drawn together clout-holding couturieres, their celebrity champions and the handful of models whose names we care to remember: the amfAR gala.

Even to The Observer’s jaded eyes, the pre-befit red carpet was a sight to behold. For but a brief moment, our permanent smirk was replaced with sheer amazement as star after star stepped, repeated and sauntered off into the Cipriani downtown. Just imagine! How many phone calls were placed, emails sent, stylists summoned and personal assistants reassured to execute such a spectacle? Fortunately, we’re quite sure no one noticed our brief bewilderment as wide eyes were focused on the likes of Erin Heatherton, Elizabeth Hurley, Alexa Chung, Michelle Harper, Nicki Hilton, Kenneth Cole, Cindy Crawford, Jennifer Hudson, Zani Gugelmann and Fabiola Beracasa.

We spoke briefly with supermodel Joan Smalls, who informed us that modeling has its downsides. “You go to these beautiful destinations and you’d enjoy it more if you had someone you loved. I think being in beautiful places by yourself kind of sucks,” she said. Speaking of Fashion Week, Ms. Smalls affirmed that Alexander Wang does indeed throw the craziest after-parties, and that the best part of a runway show is being done.

In stark contrast to Ms. Smalls, Brooklyn rapper Theophilus London came down the carpet next and admitted that his ensemble for the evening wasn’t exactly what he had initially planned. “My assistant left my leather Rick Owens pants in D.C., where we played four nights ago.” Plans to overnight the forgotten trousers were foiled so he decided to wear a pair of torn jeans instead. “These are the pants I’ve been wearing for 20 days in a row,” he said, going into great detail about the “sweaty, hour-long shows” the jeans had endured. Nonetheless, Mr. London cited the following as his style icons: Ralph Lauren, Hugh Heffner and Michael Jackson.

As most guests sashayed into the venue trying to avoid a bottleneck at the entrance, we decided to follow suit and abandoned the overtrodden carpet for the Cipriani’s civilized interior.

Inside, various constellations appeared and disappeared with cocktail hour alacrity: Lindsay Lohan, Woody Allen and Soon-Yi Previn formed an awkward Orion, while Stanley Tucci, Kenneth Cole and Debby Harry came together before spinning off into the room. Denise Rich and Padma Lakshmi occupied, as usual, their own lonely orbits.

That quintessential Cipriani decree we’ve come to know and love (and hear in our sleep) soon thundered throughout the room. “Ladies and gentlemen, please take your seats—the program is about to begin.”

We did and were pleased to find a baked taglioni with mushrooms and a Texan waiting for us at our table. The buxom Texan, who introduced herself only as Maddie, would later put her hand on our chest and twangily tell us to follow our dreams after, perhaps, two too many flutes of Champagne.

But then again, maybe it was the atmosphere that inspired our tablemate’s heartfelt (literally) homily. Taking the stage, hostess Sarah Jessica Parker commenced the evening with a tribute to longtime amfAR supporter Elizabeth Taylor. A video montage highlighting the actress’s career was projected on massive screens around the room, prompting several guests to reach for linen napkins to dab teary eyes.

After the filet was served, The Observer surveyed the room. Finding Ms. Parker at a middle table, we asked her if she had a favorite Elizabeth Taylor moment. “Well, I think that the thing that we’re all thinking about tonight with regards to Ms. Taylor” (she paused, giving us time to appreciate the honorific) “is the singular kind of work she did relating to AIDS/HIV at that time, and how much of a pioneer she was,” the actress said with a kind of earnest lucidity so infrequently found among the Hollywood set. “I think it was unacceptable to her to see people that she loved being treated in any way other than the way we’d all like to be treated if we weren’t well. And that’s not always a particularly easy or politic position to take when there’s fear.” Despite our most valiant efforts, Ms. Parker would discuss only amfAR, graciously deflecting off-subject questions with a gentle chide.

At an adjacent table, Mr. Allen was sitting quietly, staring absently at his dinner plate while others at his table engaged in lively conversation. He took a more literal approach when we asked what he recalled about Ms. Taylor’s career. “My favorite moment of hers is when she gets kissed by Montgomery Clift in the close-up in the George Stevens movie. It had a lot of impact,” he said with the mild tone we expect of hoary gentlemen at dinner parties. Did Mr. Allen have any plans for Fashion Week? “Probably staying indoors,” he grumbled. Half joking, we asked which designer made his suit. He responded in kind. “It’s a rented tux. Everything’s rented, the shoes, the tux,” he said with but the hint of a smile.

After a brief auction and a performance by Janelle Monae, the crowd spilled outside. Plumes of smoke billowed above as a drove of models lit their cigarettes simultaneously. We spotted Heidi Klum, enveloped in a fur coat, still wearing her wedding ring. Could we have a word? “Sorry, not tonight, dahling,” she said.

The spent crew headed to their attendant town cars and taxis, gathering reams of silk and chiffon in their arms, essaying to avoid dragging their trains across the asphalt. “Good night, everyone, and get home safe!” a voice yelled from somewhere in the throng.  eknutsen@observer.com