If you haven’t been keeping track of the topsy-turvy adventure that is the Nicolas Cage promotional tour for Ghost Rider: Spirit of Vengeance, then you aren’t maximizing this Friday to its fullest WTF potential.

From finally confronting those rumors that he’s a vampire (“It’s possible”) to comparing his skills with that of Led Zeppelin, to saying that he’s definitely not a vampire, take 10 minutes and remind yourself why Cagemania was the original Linsanity.

On being a vampire:

This rumor that Mr. Cage is a vampire was started by an Ebay user trying to sell a photograph, so we don’t understand why the actor feels the need to address the issue at all, except that people keep bringing it up.

If only he’d keep his stories straight though! On Late Night, Mr. Cage claims he is not a time-traveling vampire:


He does make the valid point that it’s a photograph, and everyone knows you can’t photograph a vampire. So he’s just a time-traveler, then. Of course, it’s hard to dispel rumors when there’s this video floating around:

I think that if you go about making movies to win Oscars, you’re really going about it the wrong way. I think that it’s … right now, what I’m excited about is trying to create a [pauses] kind of a cultural understanding through my muse that is part of the zeitgeist that isn’t motivated by vanity or magazine covers or awards. It’s more, not countercultural, but counter-critical. I would like to find a way to embrace what Led Zeppelin did, in filmmaking.

(Wow, that seems way more complicated than the previous theory floated about what constitutes a Nicolas Cage feature.)

Of course, Nicolas Cage is not without a sense of humor about himself, and has absolutely no qualms about appearing on Saturday Night Live next to Andy Samberg‘s hilarious imitation of the actor for a “Get in the Cage” segment.

How long until Nicolas Cage does a Reddit cameo? “AMA real life time-traveling cyber vampire: Not the Bees! Ahhh!” 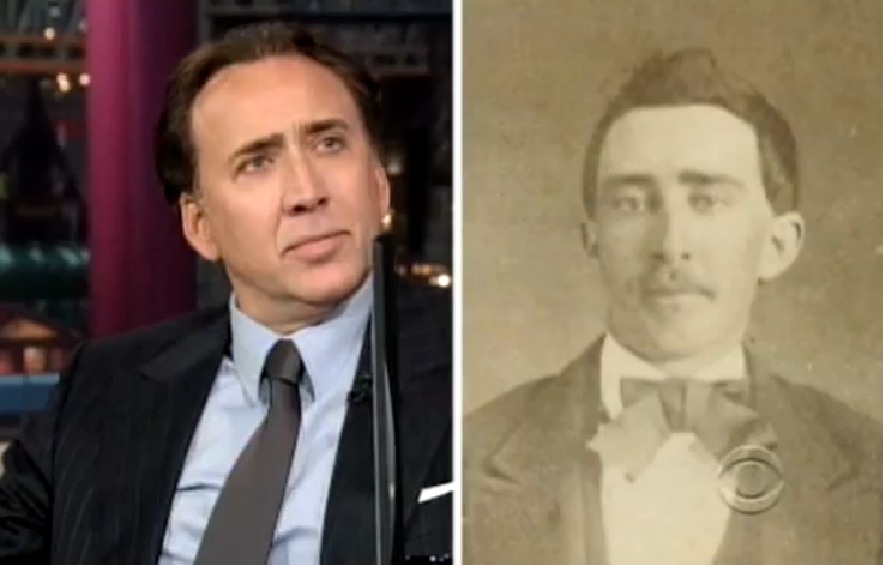