Ravaged in the aftermath of arrests at the Elizabeth Board of Education, the once vaunted and now attorney general-haunted political operation treads carefully at a time when its leaders had wanted to unleash hell.

Intent on trying to rid the city of longtime Mayor Christian Bollwage, the Board of Ed can’t get the traction they want, with 2011 images of BOE President Marie Munn under arrest still fresh.

For that reason, the Board has decided not to place one of their recognizable leaders – Rafael Fajardo, Councilman Carlos Cedeno, or former Councilman Tony Monteiro – at the head of a mayor’s campaign this year.

Instead, they have partnered with Oscar Ocasio, a former Bollwage ally from the administration’s department of community development turned outcast, who nurses dreams of payback from the fringes of City Hall.

Asked to resign in 2010 amid allegations of impropriety, Ocasio launched his candidacy in November of 2011 with the backing of Board of Ed forces alert to not dividing the city’s majority Latino vote.

The strategy is to make this Ocasio v. Bollwage.

According to Board of Ed sources, the bad news is with the state still crawling around the city they fear gearing up the machine and running one of their own big brand names against Bollwage, hence the compromise partnership with Ocasio. The good news is Ocasio is hungry, angry, and, as an ex-Puerto Rican political contact for Bollwage’s establishment forces, knows the inner workings of the mayor’s operations.

Moreover, in accord with a new law, Elizabeth won’t have School Board elections in April this year, but in November, giving Ocasio and his relatively newfound allies a chance to focus all of their attention on the June race.

Run nearly ragged by the Board of Ed in last year’s Democratic Primary, state Sen. Raymon Lesniak, (D-20), Elizabeth, told allies the worst move the Board of Ed did was run against him. They wanted to put a dent in Lesniak last year on their way to relieving control of the city from Lesniak’s ally, Bollwage, this year.

That was before Lesniak warned the board to beware, and before the Star-Ledger went on a tear, chopping up the Board of Ed as a patronage mill fraught with nepotism and conflicts of interests, a probe that ultimately resulted in the arrests of Munn and others on charges of illegally enrolling their children in the free school lunch program.

The Board of Ed stands by its sterling reputation of delivering a public school education that netted the massive city school delivery system federal Blue Ribbon awards while putting their bulked up political ops on a collision course with City Hall. 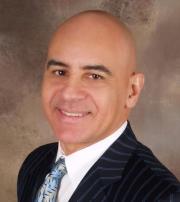