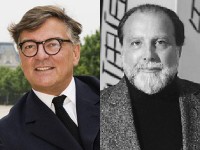 The producers of the Pavilion of Art and Design’s first New York iteration have entered a war of words over the production of that fair, with flying accusations of extravagance, art history ignorance and overall jerklike behavior.

Last year, the Paris-based gallerist and dealer Patrick Perrin, who cofounded the fair 15 years ago with London-based gallerist Stéphane Custot, entered a 50-50 partnership with New York-based Sanford Smith to produce the inaugural New York edition of PAD. Mr. Smith, owner of the art fair organizing company Sanford L. Smith & Associates, is a 30-year veteran of fair production who has helped put on the longstanding Works on Paper, Modernism, and Outsider Art Fair shows, among others. For the past 20 years, he has leased November dates at the Park Avenue Armory, and PAD first appeared in New York during that month last year. Messrs. Perrin and Smith dissolved their partnership immediately after the well-reviewed fair, which ran Nov. 11-14, and the two have now begun a very public postmortem.

The first shots were fired in a Feb. 6 interview with Le Journal des Arts, in which Mr. Perrin accused Mr. Smith of overstepping his boundaries in the show’s planning, of demanding that a photo of his staff be included in the catalogue, of not knowing who Damien Hirst and Anish Kapoor are, of not paying several outstanding expense invoices for the show, and of “not understanding the value of employing the best American PR agent (Nadine Johnson).” Mr. Perrin seems to have used the interview as an opportunity to wash his hands of what he sarcastically calls “the beautiful adventure of PAD New York.” He wouldn’t have even partnered with Mr. Smith, he said, if not for the fact that, “a little like in China or in Russia,” it’s impossible to do anything in New York without a local partner. He also said that Brian and Anna Haughton, the London-based producers of the International Fine Art & Antique Dealers Show, run the only company that puts on good fairs in New York.

“Like he’s never heard of the Winter Antiques Show, the Art Show with the Art Dealer’s Association, the IFPDA, Print Fair or the AIPAD photo show?” Mr. Smith said to The New York Observer. Mr. Smith has since retaliated with a not-so-belle letter to Le Journal’s editor that rebuts Mr. Perrin’s accusations. The problem wasn’t that there was no photo in the catalogue, though he did provide a ready-made page to mirror Mr. Perrin’s own, but that Mr. Smith’s name appears nowhere in it. And, he added in the letter, he knows who Anish Kapoor and Damien Hirst are. “Should I tell you about the formaldehyde animals that Damien Hirst made his way with?” he said on the phone. “Or how about the 1,100 dot pictures that he hasn’t painted?”

Before commenting for this story, and after having been informed of much of the content in this article, Mr. Perrin, through an intermediary, requested assurance that he would receive an amount of space equivalent to Mr. Smith’s for any quotes that he might give. “For example,” said the intermediary, “if Sanford Smith received three lines, we would also receive three lines.” When told that this paper doesn’t do that kind of thing, Mr. Perrin declined comment.

The partnership seemed rocky from the get-go, with Mr. Perrin’s expenses constantly exceeding Mr. Smith’s idea of what someone should spend to put on a fair. There were the first-class flights from Paris, 8 a.m. to 11 p.m. at-the-ready car service (“In New York, most normal people get cabs!” Mr. Smith fumed), catalogues flown in from Belgium rather than printed in New York, and a lavish 200-person dinner at the Mark Hotel that coincided with one of the show’s preview nights.

“You don’t take people away from a show to have a dinner away from a preview,” Mr. Smith said. “It makes no sense. It deprives the dealers of getting to see those people. It’s just never done. He did it.”

In October, Mr. Smith cancelled the credit card that gave Mr. Perrin access to the joint account they’d started for the fair.

One of the main points of dispute was how to advertise the show. Mr. Perrin wanted to tap into Ms. Johnson’s VIP clients and distribute free passes in papers like The Observer. Mr. Smith wanted more local advertising and paid for a full-page ad in The New York Times himself when Mr. Perrin refused to do so. Advertising became an internal problem as well. Mr. Smith requested that the show’s catalogue include two pages advertising two of his upcoming fairs and was shocked when Mr. Perrin sent him a bill for $10,000 for the service.

It wasn’t Mr. Perrin’s first attempt at bringing the fair, which currently has editions in Paris and London, to New York. In 2007, he partnered with fair organizer Meg Geslin with plans to stage the first PAD New York in February 2008. Ms. Geslin’s family, the Wendys, have operated antiques fairs for the past 30 years, but Mr. Perrin chose not to benefit from her experience (her advice was not welcome) or her reputation—to the point that, one day, he informed Ms. Geslin that he had been telling potential vendors that his partner was named Lynn Monroe. Ms. Geslin’s middle name is Lynn. But Monroe?

“I don’t know where he got that,” Ms. Geslin told The Observer. It was weird, she said, but like his insistence that they hire private cars when Ms. Geslin owned her own, not an insurmountable problem. Plus, she’d already booked the dates at the Armory.

Eight weeks before the fair was set to open, Mr. Perrin informed Ms. Geslin that he was pulling out, without explanation. Ms. Geslin scrambled to arrange a replacement fair. There was a lawsuit that she told The Observer she couldn’t discuss, but she gave the impression of being in a positive place by late 2010, when Mr. Smith, whom she said she’s known since she was 11, called to ask her advice about going into business with Mr. Perrin.

“Quite frankly, when Sandy called me, I told him, ‘If anyone’s a match for him, it’d be you,’” she said, laughing.

And she wasn’t wrong when it came to taking their feud public. Both Mr. Perrin and Mr. Smith circulated letters during PAD New York that urged its participating dealers to sign the bottom and promise never again to work with the fair’s other organizer.

“The problem is that this whole thing penalizes the dealers,” said an art fair organizer who asked not to be named. “When organizers get into public conflicts, the dealers pay the price because Patrick Perrin’s going to try to come in and organize a show somewhere else and so is Sandy Smith. It splits the dealers and neither one is going to have as good a show as if they’d been able to work together.”

Overall the fair was profitable, but Mr. Smith estimates that it could have been more profitable by 15 percent. As to the remaining invoices, he says that they’ll be paid as soon as Mr. Perrin collects the remaining $50,000 in their accounts receivable file from dealers who participated in the fair. Next year, in the dates that Mr. Smith still holds, he will help produce a fair called Le Salon with the Paris-based Syndicat National des Antiquaires, producers of that city’s 26-year-old Biennale des Antiquaires.

Update 2/16 12:15 a.m. An earlier version of this story made reference to Mr. Smith’s age according to Le Journal des Arts, which was incorrect.

Update 2/22 10:30 a.m. An extended version of this story ran in the print edition of The New York Observer. That version now appears here.