Yesterday, the New York Times broke news of blogging platform and social media network Tumblr’s new editorial project. The project was characterized as something that will be “documenting the Tumblr service and marketing it to users.”

In the same article, the project’s editor-in-chief—(2011 NYO Media Poachable) Chris Mohney, who will be leaving his post as the Vice President of Content at BlackBook—explained that it will avoid “forced attempts at corporate boosterism.” This is odd, because a forced attempt at corporate boosterism is exactly what this nebulous project sounds like. Then again, Mohney (who, before BlackBook, was an editor at regular Tumblr-antagonist Gawker) will be manning the project with Jessica Bennett, a journalist leaving her post at Newsweek/The Daily Beast to jump on board.

Full Disclosure: Mohney was once this writer’s former boss at BlackBook for fifteen months, ending in 2010. Seeing as how he’s no longer this writer’s boss, however, we felt free to harass him about whether or not he’s jumping the fence, and what this thing actually is.

NYO: One of our co-workers who covers intersections of media and tech noted the response to criticism that this isn’t corporate boosterism as “[expletive] [expletive for ‘stupid’].” How is it not?

Chris Mohney: That’s a fair question (laughs). I’ve been paying attention to criticism, complaints, and the lack of understanding of the general concept. The objections that I’ve seen so far seem to fall into one of two ideas. One, Tumblr’s not serious enough to merit this kind of attention, and the other, that the project is going to be some elitist popularity contest. All of which is the furthest thing from what I’d want to do, or what I’d sign up to do. Jessica and I are synmpatico in that we’re not interested in doing PR. Yes, we want to highlight cool and creative things. But it’s a lot less ‘look at all these wonderful Tumblrs’ and more ‘look at all this great work on Tumblr.’

NYO: This isn’t inherently just a shill for the platform?

NYO: How does this differentiate itself from, say, the staff blog?

CM: The stuff we produce has to be of the highest standard. We have to do quality work that’s of that standard. It could be something that has nothing to do with Tumblr. It has to have an outward-facing perspective. Now I’m speaking in a million different abstractions; as you can tell, we’re still starting. I’m not even starting until the end of February—there will be a lot of soul searching until then.

CM: That’s what we have to figure out. Obviously we’ll do something with the staff Tumblr. That will be sort of the house organ. I’m hoping to kind of expand its role. Most important to me than how its expressed, or how it looks, is that the quality and sincereity of it is of the highest level. We don’t want to promote things for the sake of promoting things. We don’t want to promote something because we have to or because something is ‘Tumblr Famous.’ I think that kind of thing is lethal, especially to the bullshit detector of people who are on Tumblr or people who write about Tumblr.

NYO: Give me an example of a post on this thing. What’s getting covered?

CM: The simplest thing, of course, is somebody who has a Tumblr, who’s using it to put up great work that we like. Something we think isn’t getting attention or that’s being overlooked beyond the followers they have. It’s a Radar-esque approach.

NYO: How is this not the Radar, then?

CM: The things we write about and the things we’re saying have to have as much value as how we say it.

NYO: So does this eliminate the possibility of you covering things on Tumblr that are kind of terrible, or at the very least, have a negative connotation to them?

CM: Not necessarily. The approach is kind of like: We’re only going to go after things that we generally appreciate, but the things we produce highlighting them have to stand alone.

CM: I totally agree with that, in the sense that if you’re celebratory, you obviously have a tone problem. I wouldn’t want to limit it if there’s an interesting piece, if there is something that has a negative tone, even if it is something that presents an image problem to the company.

NYO: But at the end of the day, you’re still an organ of Tumblr. How’re you planning to pull that off?

CM: It’s really important—especially because this is an experimental approach—for us to constantly question what we’re doing and why we’re doing it, and to entertain that question seriously inside and outside of Tumblr. For this to be taken seriously, it can’t be seen as PR. It has to be able to respond to criticism and questions. Like that one. 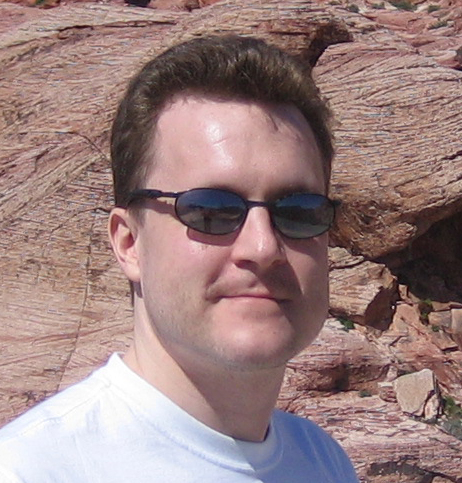