The Volcker Rule’s a’comin, and Wall Street’s not happy. To equate their reaction to an alcoholic’s take on prohibition might be understating the case. They’re pissed, and they’re writing letters.

The rule—named for former Federal Reserve chair Paul Volcker—essentially aims to erase all conflicts of interest within the investment banking and private equity business, especially targeting proprietary trading, or “prop trading”: the practice of banks trading for their own profits instead of a cut of a client’s profits.

Today being the last day anyone (including financial sector lobbyists) can file official, public comment on it, they did, and in what great style. The Wall Street Journal‘s Deal Journal takes note of a 173-page letter handed over by

which collectively comprises the Voltron of Wall Street lobbyist groups, who didn’t just voice their objections in said 173-page letter together, but also separately, in four different letters.

The Voltron Letter basically contends that people assume Wall Street is up to bad things, which, come on, of course it isn’t:

The groups also argue that by writing the rule with so many negatives presumptions, the regulators have made assumptions that activities are prohibited unless shown not to be. The groups say this impacts the definition of allowed activities and “shoehorns all permitted activity into one or a few archetypes.”

Like ‘lawful conduct’ and ‘unlawful conduct,’ perhaps? For them, this is just a few sleeping bags and maced faces short of an ‘Occupy Occupy Wall Street’ movement. Angry letters to the Government: They happen.

At least one person—who was all “WHUH?” after reading an earlier draft of the rule, yielding one of the funnier headlines of the last year—is pleased with the legislation’s newest look:

I cannot help but be impressed by the success the regulatory agencies so far in reaching agreement on the preliminary rule and by your confidence that the regulation can and will be successfully implemented. I am also certain that simplicity and clarity are challenging objectives, which for full success, require constructive participation by the banking industry. 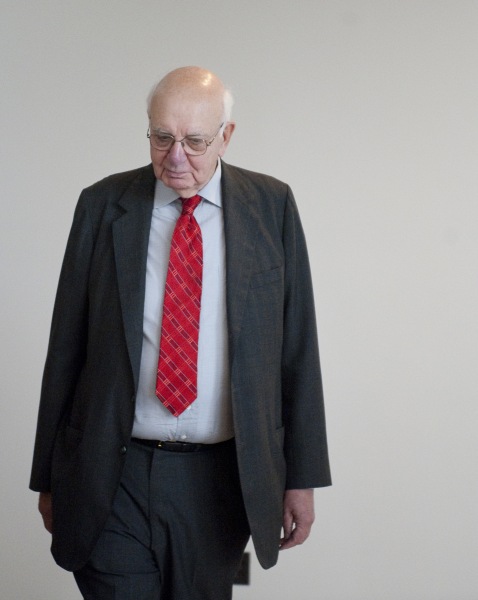