There’s something refreshing about going “downtown” for a brunchy fashion show. Sorry, did we say refreshing? We meant exhausting: It’s Sunday morning and all we want to do is sleep in, but designers wait for no man. Well, actually they will wait approximately 30 minutes from their start time as a general rule, which gives us enough time to bustle our cold tushes to Made at Milk Studios, where we witnessed the somewhat bondage-y outfits from Kevork Kiledjian, the Parisian designer who earned his own T Magazine profile last season when he announced he’d be coming out with a line for women.

“It kind of reminds me of Tron,” our seatmate whispers during the show. Why, just because we’re in an abandoned warehouse and found a portal to this strange world of booming music, cutting-edge technology (“Tweeting it!”), and a sense of helplessness in the face of a cultural force that threatens to engulf us all?

After that, it was off to Geoffrey Mac‘s show uptown at Exit Art, which we probably could have walked to but honestly, have you been outside lately? We were able to snag front row seats just by virtue of showing up, which was surprising considering what a fun presentation it turned out to be. Wigs! Color! Geometric shapes!

“This looks like a Jeremy Scott show,” said the young blond man sitting next to us, who worked for a Canadian fashion publication.

“Are you going to that?” We asked.

“Nope, couldn’t get in this year,” he replied.

Oh, so that’s the difference between Lincoln Center and its hipper Fashion Week brethren on the West Side Highway: it may house a bevy of cooler shows, but its location keeps away the VIPs who will only trek out to 11th Ave in the freezing weather if they are lured by promises of Doo.Ri or Mr. Scott. 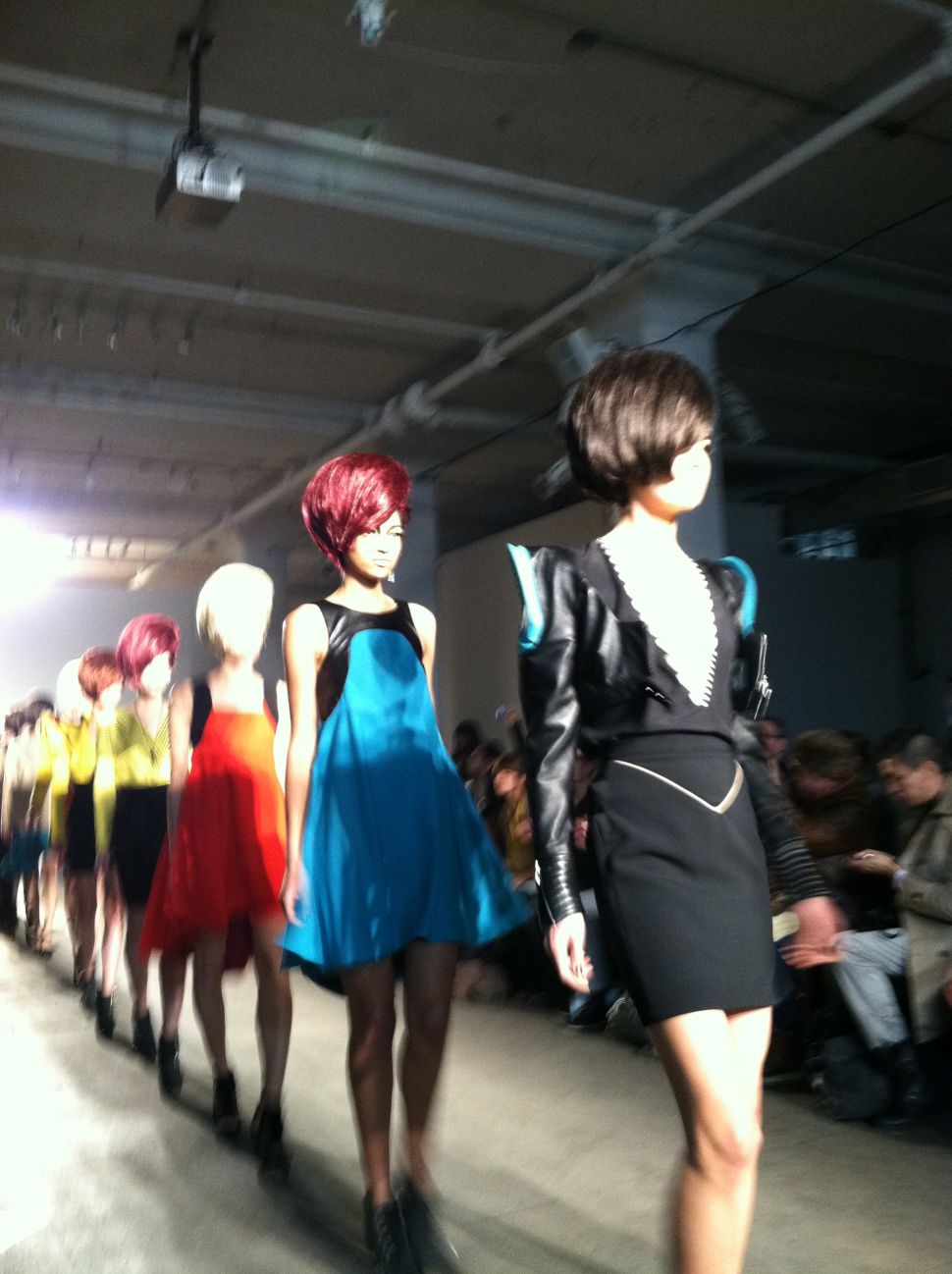