Tomorrow, the memorial for Whitney Houston will take place in Newark, NJ at the New Hope Baptist Church. Speculation for the funeral’s guest-live began almost immediately after the news of Ms. Houston’s death: Would ex-husband Bobby Brown be invited? (Yes he would.)

What about Clive Davis, the music exec and mentor to Ms. Houston, who continued to throw his pre-Grammy gala downstairs in the Beverley Hilton the same night the star passed away several floors above? (Also a yes, and he’ll be speaking.) Kevin Costner, Stevie Wonder, Godmother Aretha Franklin, Aunt Dionne Warwick, Alicia Keys, BeBe and CeCe Winans, and Donnie McClurkin are also expected to perform in the ceremony. Marvin Winan will deliver the eulogy. The star-studded guest list includes Chaka Khan, Brandy, Ray J, and the Rev. Jesse Jackson.

With a lineup like that, the funeral for Whitney Houston is shaping up to be bigger than the Grammy’s themselves. Unlike the Grammy’s however, fans without a television set will be able to watch the proceedings from their computer, as the funeral will be live streamed, starting at 9 a.m. on NBC’s website.

While the phrase “live stream funeral” makes us want to throw up just a little bit, at least this way the family of Ms. Houston don’t have to worry that much about paparazzi or gawkers trying to elbow their way in: the send-off for the Grammy winner will be available for all to see, provided they have enough bandwidth. 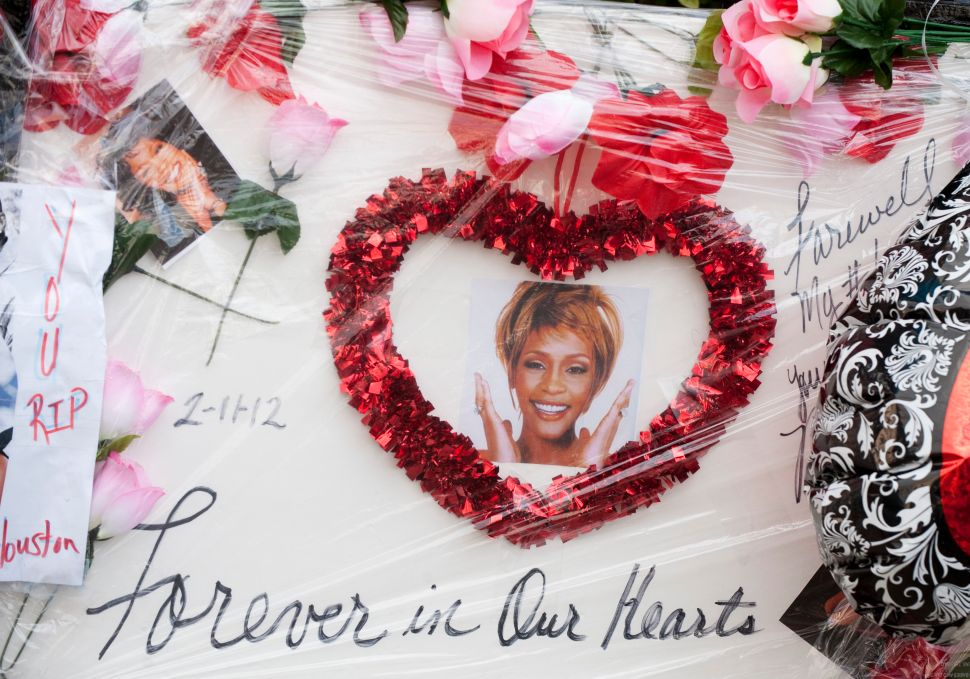