It took two and a half years, but the former assemblyman from Jersey City today finally beat the rap as a federal court dismissed all corruption charges against Manzo. “The truth is the truth,” the unsuccessful 2009 candidate for mayor told The Jersey Journal, who was charged with extortion as part of the infamous Jersey Sting corruption bust.

The legislature’s first openly gay assemblyman and a prime sponsor in the Assembly of same-sex marriage this week celebrated the passage of the marriage equality bill.  Gusciora received national exposure for his advocacy of the bill and had a 45-minute sit down with the Gov. Chris Christie, after Christie called the assemblyman “numb nuts” over a release Gusciora sent comparing Christie to disgraced Southern anti-civil-rights figures.

Even those who disagree with her position on marriage equality commented on the eloquence of the veteran senator’s speech on the floor of the state Senate Monday as she led the governing body to pass legislation headed for Gov. Chris Christie’s veto.

A judge’s ruling nullifying the results of last year’s Morris County freeholder contest caused incumbent Freeholder Margaret Nordstrom to retire. That makes Lyon, a tenacious Tea Partier who forced Nordstrom into court, the likely favorite for the Republican nomination in the GOP county.

After initially vowing to run an energized LD 16 GOP primary against the Readington assemblywoman, Princeton businessman Bill Spadea told supporters this week he had decided to stay out of the primary.

The mayor of West New York received a commitment of not more than $60 million from the Christie administration for the acquisition of Catholic school property to expand his town’s overcrowded Memorial High School.

The state Supreme Court this week upheld the state’s residency requirement for legislative candidates, effectively overturning the election of the assemblywoman-designate to a 4th District Assembly seat. Although a headache, the court held that Democrats will be allowed to fill the vacant seat, which could enable Mosquera to be seated.

The West New York commissioner (and former assemblywoman) found herself caught in the dangerous no man’s land of a full-blown political war between Mayor Felix Roque and the Hudson County Democratic Organization friends of U.S. Sen. Bob Menendez (D-NJ).

For a year, the former Highlands mayor and prospective 2012 U.S. Senate candidate put herself at the front of many Christie town hall events, her face flexibly registering every nuance of Christie’s words as she affirmed his agenda. This week, Christie formally signaled that he doesn’t want anyone other than state Sen. Joe Kyrillos (R-13) as the Republican candidate to run against incumbent U.S. Sen. Bob Menendez (D-NJ) in the general election. 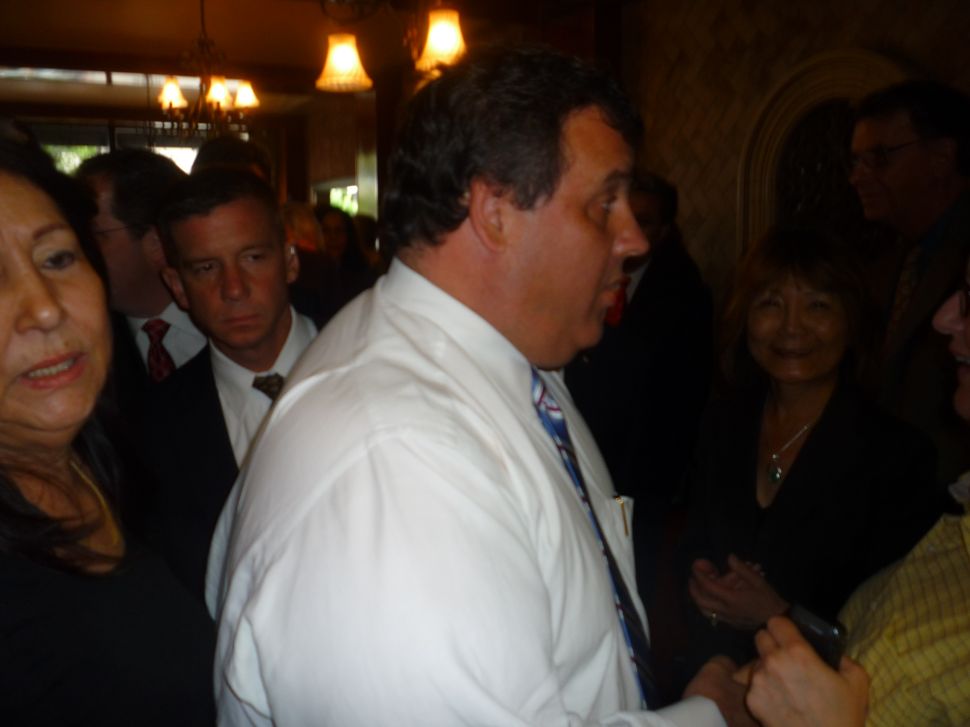