Several hardcore Gov. Chris Christie fans within the ranks of county party chairmen wouldn’t see a Mitt Romney loss Tuesday as humiliating for his Jersey pal – so much as a Jersey opportunity party in a brokered convention – but Romney also has backers who aren’t ready to yield.

Republican county chairs will watch the returns out of Michigan Tuesday with a particular sense of expectation ahead of a scheduled Wednesday chairmens’ meeting.

Christie not only endorsed former Mass. Gov. Mitt Romney, but helped persuade all of New Jersey’s Republican chairmen to back him.

Now Romney faces a Michigan or bust dynamic by the reckoning of most pundits, leading even Christie to solemnly speculate publicly about the possibility of a brokered GOP convention if Romney loses the state he grew up in to former Pennsylvania Senator Rick Santorum.

Speaking off the record to PolitickerNJ.com, sources close to some of the chairs said even though Romney leads in Michigan polls, several of them, at least, don’t see the former Massachusetts governor as a strong candidate. “Certainly there’s nothing about him – or Santorum, for that matter – that gets me excited,” said one GOP source.

One Wednesday topic at the chairmen’s meeting – should Romney lose – is the prospect of renewed interest in a short-runway Christie presidential candidacy, sources told PolitickerNJ.com.

Chair of the Chairs Keith Davis of Atlantic County, for his part, said he doesn’t see it happening.

In fact, he said he still feels good about Romney.

“This is a marathon and not a sprint, and I don’t see the likelihood of a brokered convention,” said Davis. “I believe Mitt Romney is going to be the nominee and he would be a better alternative – by far – to Barack Obama.”

“I want him here,” Thompson said. “I want him to stay here in New Jersey as governor and continue to have success with his agenda here and run for president in 2016.”

Thompson added that he expects Romney will win Michigan Tuesday.

But off the record sources said some of the chairs nurse a desire to get rid of Romney and replace him with Christie. 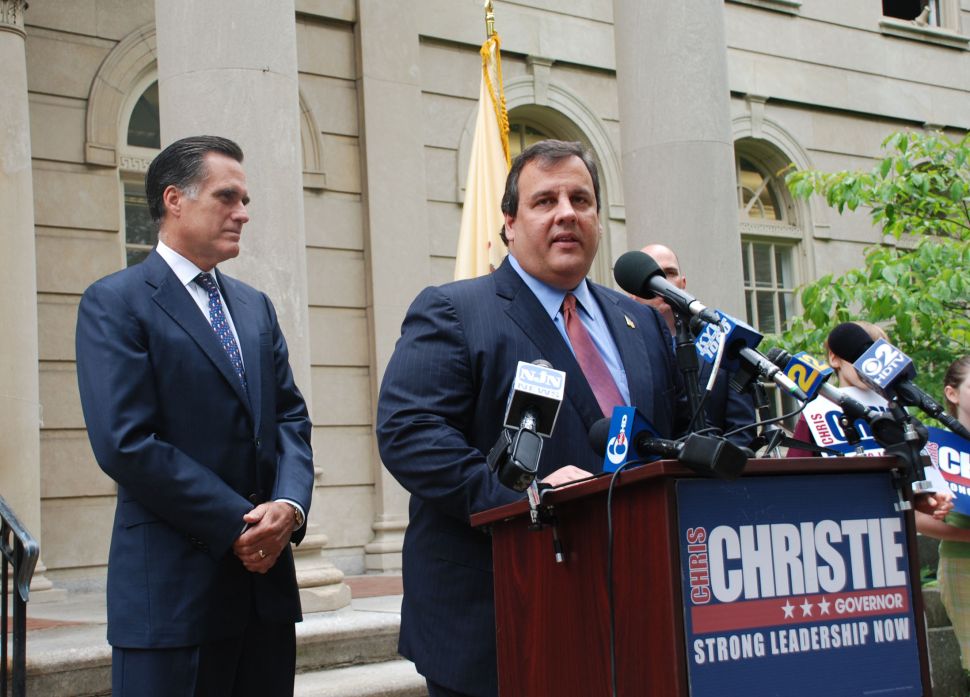