Back in the mildly cold days of November, Wodka Vodka made a statement with their billboard. Unfortunately, it was a statement that many construed as antisemitic, stating “Christmas Quality, Hanukkah Pricing.” We dug a little deeper into the wormhole of Wodka’s wacky website, and found out that the spirit distiller has a whole host of other offensive stereotypes to promote their alcohol, including “Dehli Neil,” “Sumo Shu,” and an ad for Black Russians. (You can probably guess.)
Now Wodka, a subsidiary of Panache Beverages LLC, is at it again with this ad above the Brooklyn bridge and near Penn Station. We don’t know what’s worse for Wodka: the fact that they’re trying to sell vodka by comparing it to prostitution, or that they’re using the same copy from their last campaign, substituting Christmas for escorts and Hanukkah with hookers. 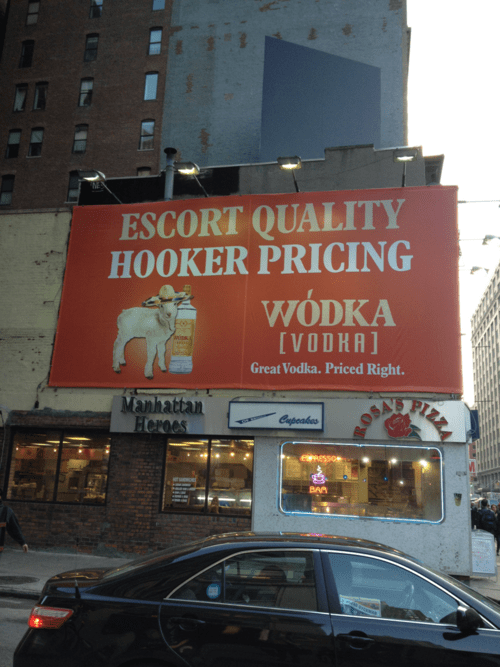