Something about a 'shmear job.'

Mickie Rosen is Yahoo!’s Senior Vice President for the Yahoo Media Network. In the company’s words, her job is to work with “Yahoo! Finance, Yahoo! News and Yahoo! Sports focusing on the content strategy, programming and cultivating Yahoo!’s ‘voice.'” It’s a big job, making Yahoo! brand-name competition with outlets like AOL/The Huffington Post as well as the likes of NBC, ABC, and CBS. She probably oversees quite a few people. Now—due to a misfired email—she probably has a better idea of who they are, and who they are not.

A tipster forwarded us an email sent in response to Ms. Rosen’s 70-person invitation for a “bagel brunch” on the the 16th. The email’s author? Bookforum co-editor Chris Lehmann, who recently resigned from his job as the managing editor of Yahoo’s The Upshot news network without another gig lined up.

Yahoo!’s efforts at building out their own in-house news operation was rolled out in 2010 to much fanfare. In December, they shut down four of the new blogs, resulting in the not-so-ceremonious cannings of beloved bloggers like Mark Lisanti, Lindsay Robertson, and New York‘s Will Leitch, among others (who all made Ms. Rosen’s 70-plus brunch invite list, as well as those still employed under her).

This may explain the tenor of Mr. Lehmann’s response, shot back “within minutes” of the original email, to the entire list:

Uhm, I appreciate the invite, and as it happens, I am in NYC that day. But I’m reasonably certain that they New York editorial team won’t be welcoming my input, since I’m no longer a Yahoo employee. I daresay the same goes for all the (rudely) cashiered members of the terminated Entertainment Team who feel much the same way, and would be even more profane than I’m apt to be about the folkways of Yahoo senior management.

Not a really great look.

Non-BCC’d email to former employees whose blogs’ lives were truncated?

Really not a great look.

On the bright side, at least she knows who doesn’t work for her now! Also, there are probably going to be some extra breakfast foodstuffs that day. 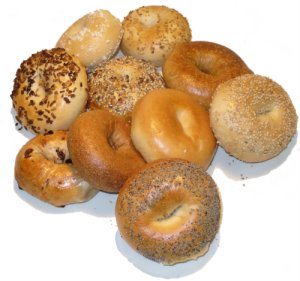