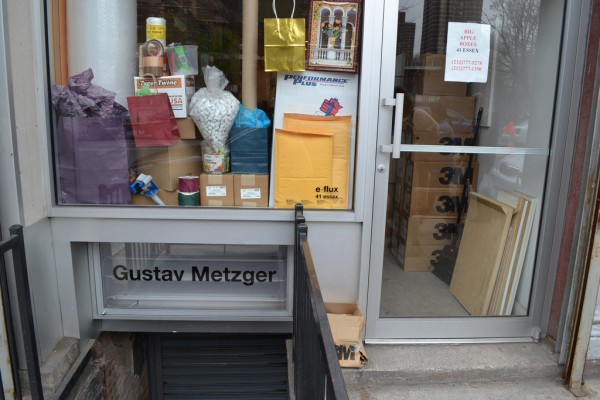 The ground floor of the former Fine Arts Building in Tribeca, birthplace of the New Museum in 1977, is now a branch of Asian-fusion restaurant Nobu.

The onetime home of the Rene block gallery in SoHo, where Joseph Beuys lived for a few days with a coyote for a performance in 1974, is now a Sunglass Hut.

The project space MWNM on the Lower East Side, which closed in 2009, is now the overpriced—albeit delicious—restaurant The Fat Radish.

And the space at 41 Essex Street once occupied by art services company/curatorial outfit e-flux—home, for a bit, to Martha Rosler’s library—is now occupied by a company called Big Apple Boxes.

Thank you to curator and critic Karen Archey for bringing this to our attention.