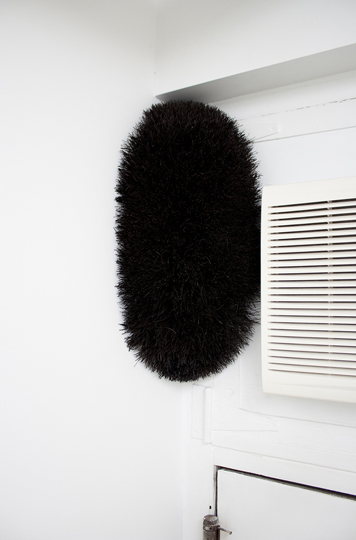 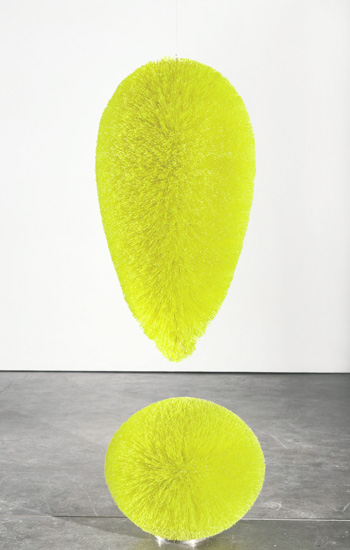 There are more bristles uptown in the annex gallery of Gagosian's 980 Madison Avenue branch along with a variety of furniture. Why not enjoy it while savoring a glass of Chartreuse, which shares the effervescent color and parenthetical title of this sculpture?
Photo courtesy Sprüth Magers 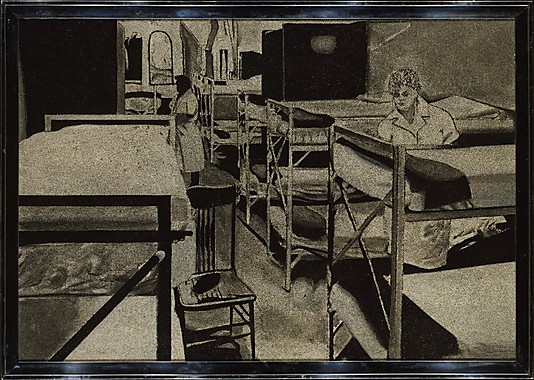 The Met has an Artschwager on view: this creepy, shadow-filled painting of two women at work in male dormitory.

MoMA goes with a triptych filled with seemingly every possible shade of grey.
Advertisement 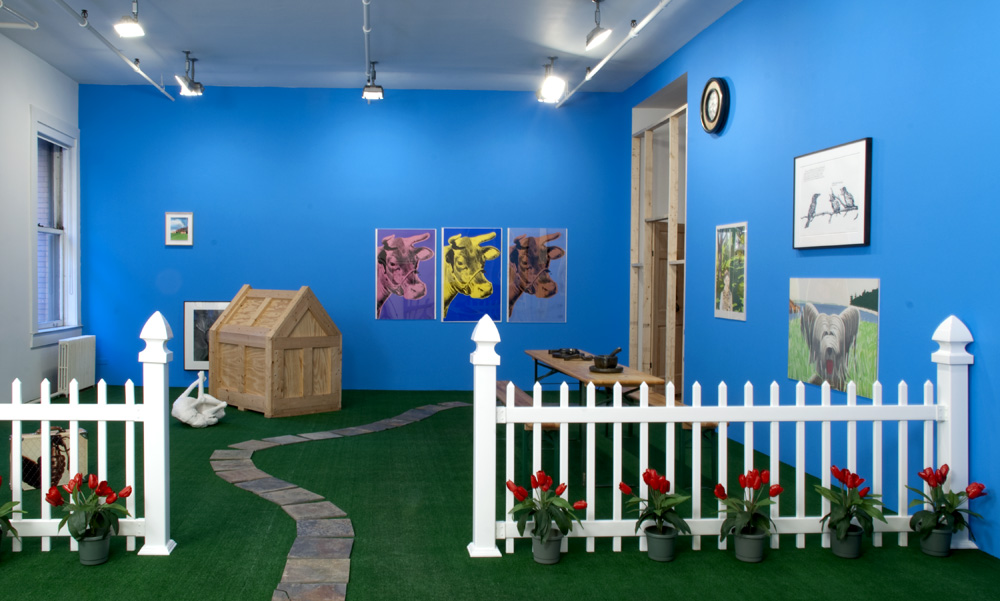 That fine wooden house sitting in the faux front yard is by Mr. Artschwager, just one of the pieces by the artist in the gallery's current "The Way We Live Now" show. Thank you to Owen for alerting us to presence of Mr. Artschwager in this show in the comment section. 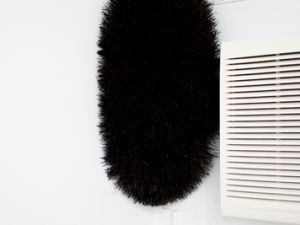 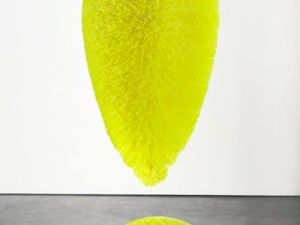 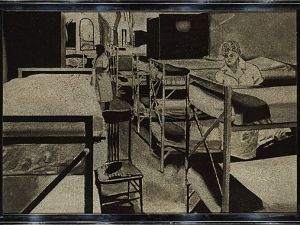 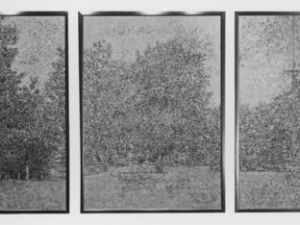 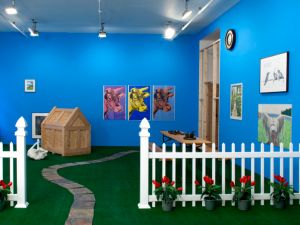 All of the sudden, Richard Artschwager appears to be having a moment. The idiosyncratic artist, known for his mysterious grey paintings on Celotax and Formica sculptures that resemble–but never quite amount to–furniture or music instruments or other functional objects, is showing all around town. It’s a veritable Artschwager smorgasbord, or at least a generous tasting of works from across his 60-year career. (He’ll turn 90 next year.)

A longtime member of the illustrious Castelli Gallery roster, he’s back there, on East 77th Street, with a show of early work (including a wild Formica piece that looks like a piano), but he’s also showing downtown in a three-person show at the fledgling Golden gallery in Chinatown. Gagosian, where he has shown recently, has Artschwager on offer too, in a charming little group show in its annex gallery at 980 Madison Avenue, which combines art and furniture–perfect for an artist who began his career studying with a cabinetmaker and transitioning into art only after his studio burned, destroying much of his handiwork. And MoMA and the Met have Artschwagers of their own.

By our count there are no less than  six places to see the artist’s work at the moment. (In the comments section, Owen helpfully noted that Mr. Artschwager’s work is also on view at Brooke Alexander right now.)  A brief guide follows in the slide show above.