Gracing the covers of New York City’s finest tabloid newspapers this morning is the story of The Housewife Madam, Anna Gristina, who—when she wasn’t shuttling her kids around to band practice—was allegedly running a millionaires-only Upper East Side high-priced hooker ring. Apparently, she had an accomplice: one Jaynie Baker, a 30-year-old Williamsburg resident who was employed by a matchmaking service (“VIP Life“) out of Union Square, who is now being sought for questioning by the NYPD.

Specifically, parties for NYO Magazine, where she was spotted in October at what Observer reporter Elise Knutsen then described as a ” tony condo complex 15USW in Union Square.” Baker worked for the agency as a contractor referring men to VIP Life, for which she received a finder’s fee, said [VIP Life founder Lisa] Clampitt. She’d referred about two or three men to the service, Clampitt said. Both male and female clients at VIP Life must complete an extensive background check that includes family history and relationship history. The agency prides itself on weeding out women who are gold diggers or high-maintenance, Clampitt told DNAinfo.

VIP Life only works with men who are interested in long-term relationships, Clampitt said, adding that she recently turned away a “super handsome” male client because she heard he had a reputation as a player. The service claims it’s responsible for dozens of marriages.

An ongoing internal query at The Observer has yet to turn up anything substantive on Ms. Baker’s attendance at the party, but when asked for quote on the fact that her colleagues associate with suspected pimpstresses, Observer editor-in-chief Elizabeth Spiers explained: “As they say, no party is any fun unless seasoned with folly.”

“And no plus one list at the Observer is ever heavily scrutinized, I guess.” 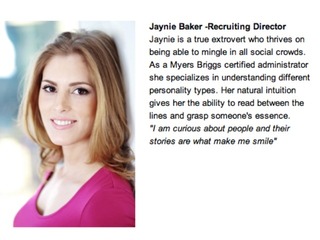