BGC Partners is offering to pay Grubb & Ellis brokers commissions they are owed if they remain with the company as it wends its way through bankruptcy, sources with knowledge of the firm told The Commercial Observer.

When Grubb & Ellis filed for Chapter 11 almost two weeks ago, it thrust brokers there who are due a commission check in line with the company’s other creditors, a position that has made it uncertain who, if anyone, will be paid. BGC, which holds Grubb & Ellis’s senior debt and which Grubb & Ellis announced last week it would sell its assets to, is hoping to take control of the real estate services company in what is known as a 363 bankruptcy sale. The process is an expedited reorganization that BGC is using ostensibly to head off the firm’s professionals from departing

“The basis for a 363 bankruptcy is you’re telling the court that look, this is a company that is in serious trouble, that is rapidly deteriorating and no one will want to come in and buy in two months,” Susan Balaschak, an attorney at the law firm Akerman Senterfitt LLP who specializes in bankruptcy law, said.

But 363 bankruptcies don’t always play out as quickly as a senior creditor like BGC may like. As The Real Deal reported on Wednesday, Grubb & Ellis creditors who are junior to BGC have already made motions to stall the case, postponing a hearing that was scheduled for this week until Monday.

BGC’s commission offer was called a “carrot” by one insider at Grubb & Ellis, who said BGC is trying to incentivize brokers who produce to hang around until Grubb & Ellis’s operations can be integrated into Newmark Knight Frank’s, the brokerage company that BGC acquired last year and that it plans to expand by adding Grubb & Ellis’s national reach and added service lines.

BGC is offering the commission payments as a loan because it isn’t technically allowed during the bankruptcy to hand incentives to Grubb & Ellis brokers. Once the brokers come on board NKF for a period of time, the loan will be forgiven the source explained. The deal has a flipside however for those who take it but then don’t remain with the company. If a Grubb & Ellis broker accepts the BGC commission and departs the company before a certain time frame has elapsed, which the source said was longer than a year, that broker would have to repay BGC the commission plus interest.

Stephen Meister, a real estate lawyer and principal of the firm Meister Seelig & Fein, said BGC had to use caution in handing out such loans.

“BGC has to be careful, they don’t want to be perceived by the court as trying to lure brokers to Newmark because that could be seen as impairing Grubb & Ellis’s assets and interfering with the bankruptcy process,” Mr. Meister said. Mr. Meister, who is primarily known as a high profile real estate litigation attorney in the city has been tracking the Grubb & Ellis case because his son Jason Meister is a leading investment sales broker at the firm. Reached in his office, Jason Meister said he couldn’t comment on the situation.

Several brokers at Grubb & Ellis who were reached by telephone during the week said that uncertainty continued to loom over who was staying or going. On Thursday, Robert Kunikoff, a retail leasing broker at the company, left for another brokerage firm Lee & Associates. It was unclear as of Friday what effect the commission offer would have on retention. 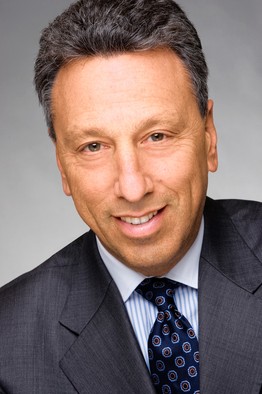