Congressman Bob Turner’s surprise Senate campaign started too late for him to earn a spot on the Conservative Party ticket, but he still stopped by the convention where Wendy Long received the nomination today.

“I’m here today to pay my respects to the Conservative Party,” Mr. Turner said in a press conference held after his visit at the convention. “I would like very much to be on their nominating ballot, there’s a process in place and certain rules and my late entry in that has made this extraordinarily problematic.”

Mr. Turner jumped into the Senate race last Tuesday after the redistricting maps released by the court effectively elminated his seat in the 9th district. At his press conference, The Politicker asked Mr. Turner his reaction to his raw redistricting deal.

“We were surprised. We had every indication that there would be a district representing the unique character of the 9th,” Mr. Turner said. “It was carved up in such a way that made any effective run electorally impossible, so I was very disappointed and disappointed at the timing. … Had we known this six weeks ago, perhaps a lot of this angst we’re going through now just would never have happened.”

“That may be past popular wisdom, I don’t know. I know what I have to do and I take it a step at a time,” Mr. Turner said. “The next step is to win the primary on the Republican ticket, what happens after that, we’ll see. But our real target here is the Democratic-controlled Senate, particularly Senator Gillibrand, so that’s what this campaign will be about and who is the best candidate to defeat her in November.”

Mr. Turner also didn’t enter the race fast enough to get a solo spot on the GOP ticket. At the State Republican Party Convention in Rochester last week, the party chose to allow Mr. Turner, Ms. Long and George Maragos to run for the nomination. We asked Mr. Turner what he believes he brings to the table that his opponents do not.

“I think we have name recognition and a proven record to get crossover voters, New York we have a three to one registration disadvantage. I’ve been able to overcome that, and I intend to do it again and I think that’s the biggest thing,” Mr. Turner said. “We’ve made outreach to a number of groups in the community that I think will be very important as we move forward. A lot of groundwork has been laid, we have a great campaign team, all that will be brought to bear and I believe we will prevail at the end of the day.”

With Ms. Long having earned the Conservative nomination, Mr. Turner could find himself in a three-way race against Ms. Long and Ms. Gillibrand if he wins the Republican nomination and Ms. Long were to pursue an uphill campaign without the Republican ballot line. Mr. Turner said he’d “certainly” be willing to fight a two front war if that scenario ends up happening, but he wasn’t willing to speculate about whether the Conservatives might back him if he secures the far more significant Republican nomination.

“Well let’s get through one thing at a time and we’ll see how it plays out,” Mr. Turner said.

In 2010, Rick Lazio got the Conservative nomination for governor, but ended up dropping out after the Republicans backed Carl Paladino.

Mr. Turner is a longtime friend of Conservative Party chairman Mike Long. He actually credits Mr. Long with convincing to enter politics and run in the special election to replace Congressman Anthony Weiner last year. Mr. Turner said Mr. Long promised the Party’s support to Ms. Long and he understood why Mr. Long wasn’t willing to go back on his word.

“Mike and I have been friends for a very long time. I’ve only been in politics two years, our friendship goes back way longer than that. Mike is a man of his word and given his word before I got into this,” Mr. Turner said. “I wouldn’t be into this you know had it not been for the redistricting problem and this is the only outlet for our talent and energy.” 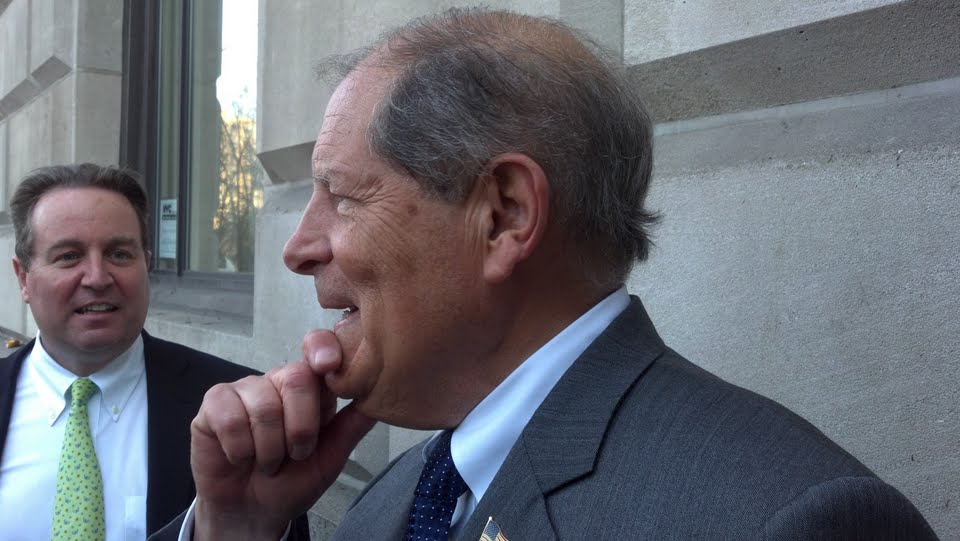