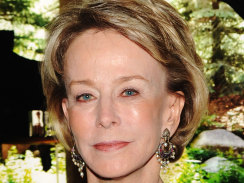 Tomorrow, the trial of Emanuel Nicolescu begins in the New Haven U.S. District Court. Mr. Nicolescu is the former head butler for the estate of arts patron Anne Bass, ex-wife of Texas billionaire Sid Bass, and is accused of kidnapping her in 2007.

Held hostage on her Connecticut estate, philanthropist Anne H. Bass received an injection from masked assailants who made a chilling ultimatum: Hand over millions of dollars for the antidote, or die from a deadly virus.

The men said Bass and her guest had 20 hours to produce $8.5 million. It was only later, after the men reconsidered and fled the house, that the victims learned that the substance was harmless, likely an ink.