Congresswoman Carolyn Maloney was on hand for President Barack Obama’s trip to New York City visit last week and she shared her thoughts about the presidential visit with The Politicker.

“I thought he was inspiring, he has a record to run on, the enthusiasm, I went to two events with him, was deep and strong,” Ms. Maloney said. “When he made the comparison of where we were three years ago to where we are now, I told him we should have a bumper sticker that just says Osama bin Laden dead, American auto industry hiring and exporting. It shows the tremendous reversal in a lot of ways.”

One of the events Ms. Maloney attended was President Obama’s Thursday night fundraiser, which was hosted by Reshma Saujani, who unsuccessfully challenged Ms. Maloney in a contentious Democratic primary in 2010. We asked  Ms. Maloney whether she thought her former rival did a good job with the event.

“I think anyone who’s supporting President Obama and helping him get re-elected is doing a good job,” she said with a laugh. 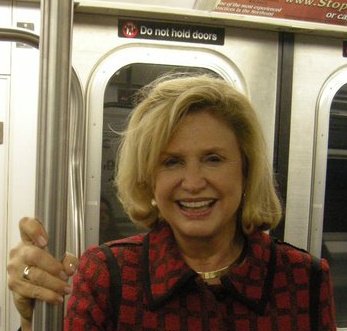