Charles Darwin Snelling, a noted Pennsylvania Republican who wrote a “Life Report” published by columnist David Brooks in the Times last December, killed his wife and committed suicide in Pennsylvania on Thursday. Mr. Snelling was 81. He had been married to wife Adrienne for 6 decades. Mr. Snelling had been caring for his Alzheimer’s-afflicted wife for six years and  in his long essay published by the Times on December 7, 2011, expressed what seemed a fundamentally positive view of the situation:

Six years ago tragedy struck our household. My dear, sweet Adrienne was diagnosed with Alzheimer’s disease. This relentless wasting disease destroys the mind. I have now seen many people with Alzheimer’s, and it is a terrible disease. Many, besides losing their memories and their cognitive abilities, also get downright ugly and hostile. Not my sweetie. Although she is a very, very sick puppy, she remains to this day a sweet, happy, loving and generous person. How lucky for both of us. To have such an affliction in the household is a very learning experience. Some people quite promptly disappear from your life. But others, indeed most, rally around in caring and support. It’s quite touching.

Mr. Snelling, a one-time chairman of the Metropolitan Washington (D.C.) Airports Authority and holder of multiple patents described in his Times piece all the support received from his community but concluded “real care for a loved one with Alzheimer’s cannot be delegated.”

“It’s not noble, it’s not sacrificial, and it’s not painful,” he wrote, “It’s just right in the scheme of things.”

Pennsylvania television station WFMZ quoted a portion of a family statement released by Mr. Snelling’s family after the couples’ bodies were found early Thursday in which they said that Charles Snelling apparently “could no longer bear to see the love of his life deteriorate further.”

The Snellings had five children and 11 grandkids. 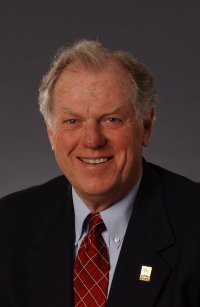