Congressman Charlie Rangel is back in the hospital for the second time this month. Mr. Rangel’s spokeswoman, Hannah Kim, told The Politicker the congressman is still coping with a back injury that has kept him out of the House of Representatives since February 9, his longest absence in at least ten years.

“The Congressman is receiving additional treatments for his back. He is optimistic that the situation will be resolved soon,” Ms. Kim said.

Mr. Rangel spent more than a week in the hospital starting at the end of last month. After that hospitalization, Ms. Kim told us, “his back is dramatically improving and we expect him to be back in Washington in no time.” Mr. Rangel’s health woes come as he faces a challenge for his seat from former Democratic National Committee head Clyde Williams and, potentially, from State Senator Adriano Espaillat.

News of Mr. Rangel’s hospitalization comes on the same day his campaign launched an offensive against what they described as “rumors” and inaccurate press reports. In 2010, Mr. Rangel was censured for multiple ethics violations including using a rent-controlled apartment as a campaign office. Earlier this week, he agreed to pay a $23,000 fine for the campaign office flap. His censure and the changing demographics of his district prompted speculation Mr. Rangel would not run for re-election this year after over four decades in Washington. Today, the Daily News also reported a rumor Mr. Rangel is planning to quickly step down if he is re-elected this year in order to have his longtime ally, Assemblyman Keith Wright, succeed him. Today, Mr. Rangel attempted to dismiss all the various rumors surrounding his campaign by releasing a statement promising to run for re-election and vowing to serve a full term if he emerges victorious.

“I am not in this race so I could politically manipulate the system. The constituents I have long served know, and those who I now seek to represent will learn, that I am a straight-talker. Any rumors that say I’m not going to serve out a full term are false,” Mr. Rangel said. “Again, I am absolutely running for re-election. I intend to serve my entire term. There is no wiggle room.”

“It is important for the historical record and for Congressman Charles B. Rangel’s constituents to learn the truth, when it comes to inaccuracies in reporting on the background of Congressman Rangel agreeing to pay an FEC penalty concerning an apartment in the Harlem building where he lives. … Use of language that he ‘dodged’ or ‘evaded’ taxes are untrue; neither did he ‘hide’ or ‘conceal’ his assets as mischaracterized in many of the articles. … The tax allegation involved claims that he failed to report as income on his federal tax return the rental income from a time-share unit (not a ‘posh’ villa as often depicted) he owned in the Dominican Republican which was used to offset his mortgage payments. … On the use of an apartment as a campaign office, in the Harlem building where he lives, he rented it at the invitation of the landlord at a time when there was a 20 percent vacancy in the building. He paid the maximum rent-regulated rent throughout the time he used the space. Though New York City’s rent regulations are extremely complicated, he immediately moved his campaign office out of the building when controversy around the apartment arose.”

Mr. Liff concluded his statement by re-iterating the congressman’s intention to run for re-election and continue serving his district.

“No one is perfect, the Congressman is not either. But one thing is for certain, Charlie Rangel will run hard to keep doing what he enjoys and does best–serving his constituents and the country he loves so much,” Mr. Liff said. 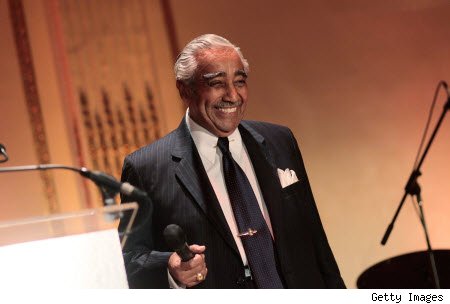