Assemblyman Upendra Chivukula (D-17) of Franklin Twp. wants to run for Congress in the 7th District, according to a report on Blue Jersey.

The veteran assemblyman answered the call of Democrats in the 7th who could not find a candidate to run against incumbent U.S. Rep. Leonard Lance (R-7).

A Democratic Party source told PolitickerNJ.com the hope is that Lance will have to lurch farther than he would like to the right in a primary against Tewksbury Tea Party businessman David Larsen, giving Chivukula a shot in the general. 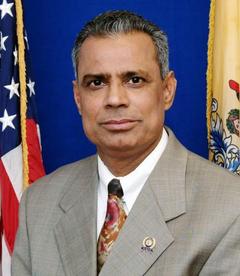