City Council speaker and likely mayoral candidate Christine Quinn appeared on a panel about the state of women in politics hosted by Glamour Magazine and the 92nd Street Y last night along with former McCain/Palin advisor Nicolle Wallace, Abby Huntsman, Rush Limbaugh’s nemesis Sandra Fluke and moderator Chelsea Clinton. At one point, the panelists discussed the advantages of having a woman on your arm at political functions and Ms. Quinn explained how her fiancee, Kim Catullo, has helped her navigate City Hall.

“My toughest dinners, Kim is required to come along,” Ms. Quinn said. “The mayor likes her way better than me.”

Ms. Quinn is set to marry Ms. Catullo at a ceremony in May. On the panel last night, she discussed the difficulty of balancing wedding planning with a high powered political career. Ms. Quinn described missing an appointment to look at a rehearsal dinner space due to a pressing call to make the point that she feels bad when work pulls her away from family and friends, but also when family and friends keep her from her work. 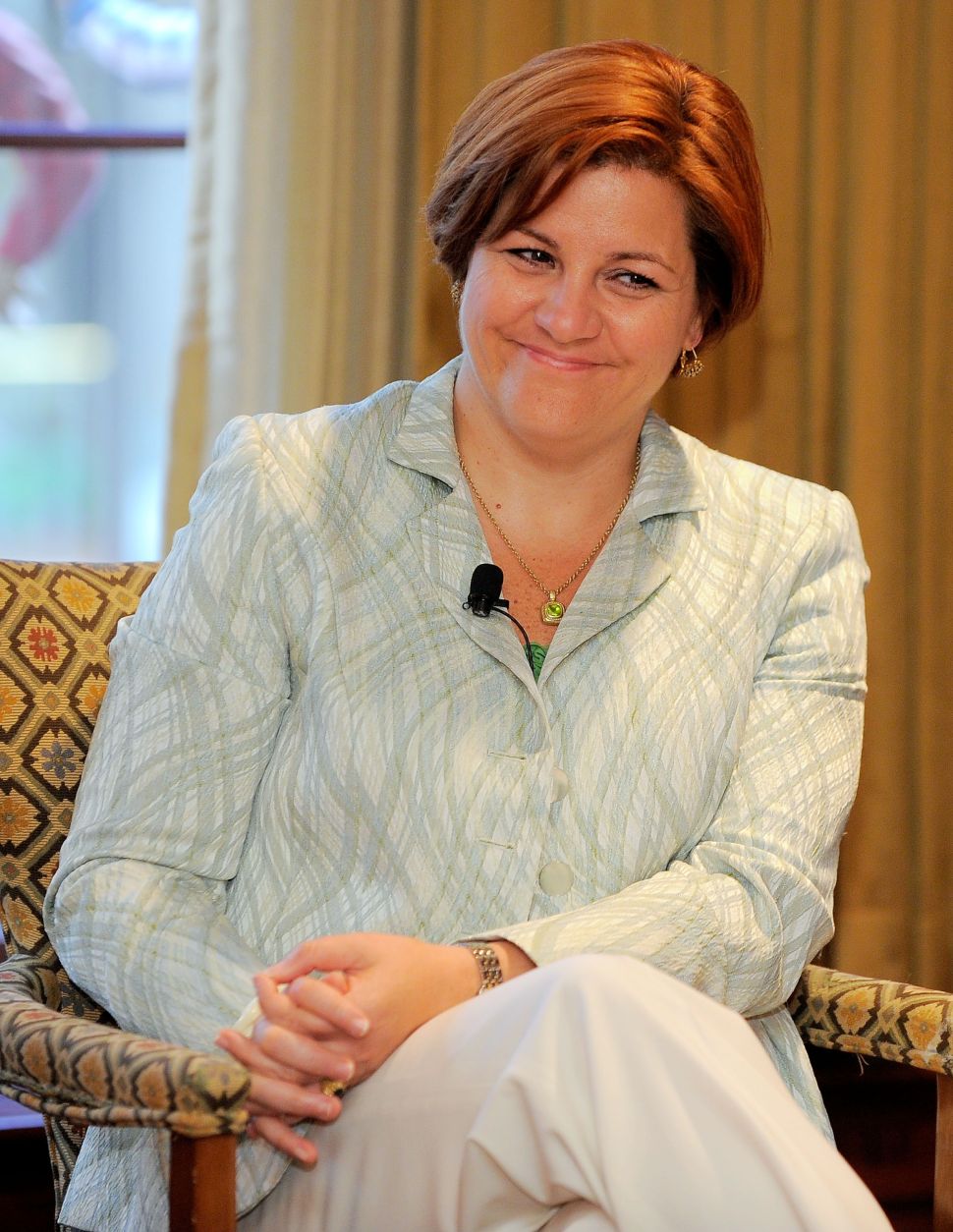