Citigroup CEO Vikram Pandit appeared alongside Mayor Michael Bloomberg today at a press conference announcing New York’s top rank in a Citi-commissioned Economic Intelligence Unit research report on the world’s most competitive cities. Mr. Pandit said Citigroup’s current “mission is to help the cities on this list and others compete on the global stage,” so The Politicker asked his thoughts on the Occupy Wall Street protesters and others who blame the financial industry for subverting the democratic process and spreading economic inequality.

“I think the starting point is we have about 24,000 people that are our colleagues in New York City that makes us, I think, the second largest employer in the city. We’ve been here 200 years through ups and downs in the markets and, as the mayor pointed out, the last two, three years have been challenging,” Mr. Pandit said. “It’s very understandable that when we have so many people who want to do more than they’re able to do, want to have the kind of jobs they aspire to, that does create a sense of frustration. And a lot of that anger has been directed at big banks and Wall Street, and that’s understandable too.”

Mr. Pandit became one of the most prominent faces of the financial collapse after Citigroup received about $45 billion in TARP bailout funds in 2008. As a response to the firm’s financial woes, Mr. Pandit made just $1 a year for two years until his base salary was upped to $1.75 million in 2011. Though Citigroup has continued to slump, Mr. Pandit’s current pay package has been valued at $53 million. Going forward, Mr. Pandit said he believes Citigroup and other Wall Street banks need to do a better job “keeping that trust” with customers.

Mayor Bloomberg chimed in to defend Mr. Pandit by pointing out anger toward banks is nothing new and financial institutions fulfill a purpose in our society.

“Let me add something to that, you can go back the last 2,000 years and bashing banks and finance is a great thing, it sells newspapers, and radio and TV time, but the truth of the matter is, that if you want your economy to grow, you have to have the financing to do it,” Mayor Bloomberg said. “The financial sector is key whether you want to have people get mortgages, or have capital to start a business, or be able to invest for their retirement. The financial system is key to all of that.”

Mayor Bloomberg concluded by saying he wants “to make sure that the financial institutions grow here in this city and in America.

“I don’t think, if you really think, if you go down the list of what would happen if we didn’t have a good banking system, we would not have a future,” Mayor Bloomberg said. 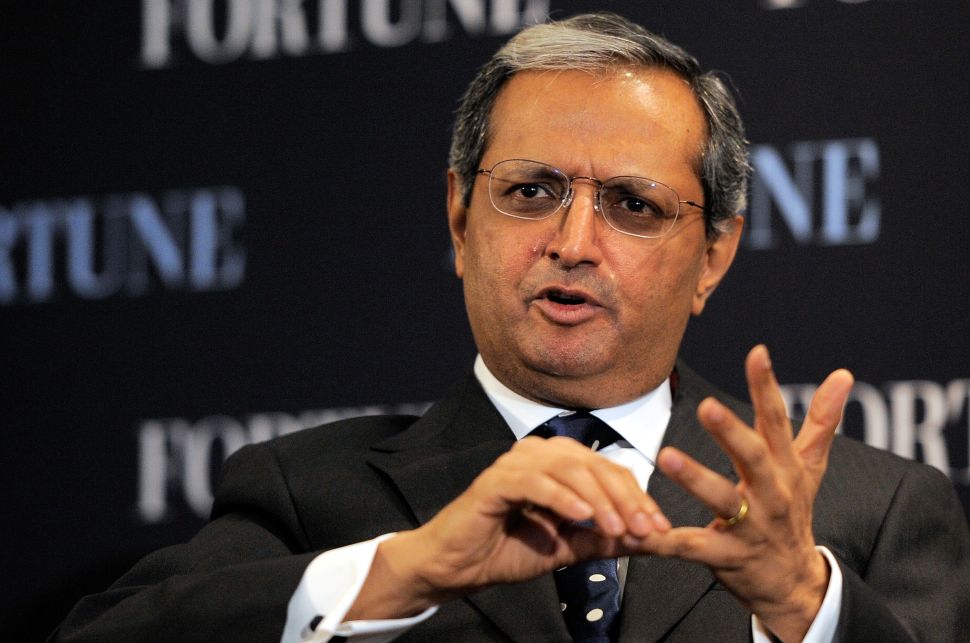