“Honestly, there is nothing like it,” Dianna DiMenna told The Observer Monday evening. “The beauty, the discipline, the lineage, the heritage, the history!” she gushed. While Ms. DiMenna’s lavish words may have applied to a great many ventures beloved by the city’s gentility, she was in fact referring to ballet. As the evening’s prima, she greeted guests in the marbled lobby of the David H. Koch Theater with that particular hostess’s élan, kissing elegant consoeurs and their bow-tied husbands. The decorous crowd had gathered for the School of American Ballet’s Winter Ball, and there was surely no shortage of pomp or circumstance.
The evening was, rather circuitously, inspired by a collection of jewelry designed by Van Cleef and Arpels intended to evoke St. Petersburg’s legendary Le Bal du Palais d’Hiver, a glistening jewel on the diadem of grand 20th-century fetes. Upon entering the lobby, guests were met with a blinding ivory tableau vivant. Models—clad in alabaster gowns, fur and suits—lounged upon a nest of regal divans and cotton snowfall while donning the jewels. Few guests, however, seemed to notice the scene as they greeted their friends, cocktail panache flowing freely as Champagne.

Without hesitation, Ms. DiMenna named Georges Balanchine’s Jewels as her favorite ballet. “It was one of the first ballets that I saw as a student of the art. I was able to appreciate it for it’s beauty and splendor, but I was also able to see the incredible mastery of the dancers,” she said. “Of course the irony of that, which I just realized, was that Georges Balanchine created that, the ballet, based on a collection by Van Cleef and Arpels! I didn’t even remember that until I said it,” she claimed, her dangling diamond earrings swinging freely as she laughed. Ironic or no, we respected her effortless doyenne artistry.

Ms. DiMenna’s cohosts, Julia Koch and Betsy Pitts, roved the room, chattering with friends. “I’m doing my Russian look,” Ms. Koch told a friend, showing off her ornate fur-collared gown. Her hair, an up-done knot doubtless crafted at an uptown salon, was pulled tight, articulating each facial muscle as she laughed. “I feel like I’m in Downton Abbey!”

The true matriarch of the evening, however, was Coco Kopelman, who had created the Winter Ball event eight years prior. She explained that over time the soirée had evolved and had become a purely social function. “It used to be a corporate evening. We used to honor someone from the business side and the arts, but after a while we thought it was getting to be like many dinners,” she said, stopping as she was approached by a friend. “Félicitations! Ça va?” she inquired dutifully before returning her attention to The Observer. “We all go to many dinners. We all applaud the person who is the honoree. But in the end, people want to see friends, have fun and celebrate the kids,” she said.

Young Patron chairman Chelsea Clinton soon appeared, husband Marc Mezvinsky steadily, stonily at her side. Having practiced ballet for 15 years in her curly-haired youth, Ms. Clinton felt indebted to the art. “I’m deeply grateful to ballet for having given me an aesthetic education,” she said, with well-learned (or inherited) diplomacy. Would she dance again, we wondered? “I hope there are many opportunities for me to support ballet or students or choreographers,” she responded.

While the diamonds twinkled throughout the room, blushingly refracted in flutes of rosé, Prince Dmitri of Yugoslavia said nothing could compare to the opulence of Le Bal in St. Petersburg. “You know, that was a legendary ball with all the fantastic jewelry in the world. Nothing ever existed in terms of jewelry after the end of the Russian empire,” he declared. “Because in one night, every woman would wear the equivalent of today’s hundred million dollars of jewelry. In those days they wore five necklaces, and it didn’t look gaudy. Today you can’t,” he lamented, before ascending the marble staircase toward dinner.

Upstairs, lavish tables had been set. Accustomed to circular tables flush with faux familiarity, we were pleased to see Vieux Monde long tables. Centerpieces were composed of rose bouquets and sugar-coated fruit, accented with massive candles flickering in their towering gilded holders. The table made even the gala-circuit contingent take pause. Over the course of the next hour, Piter-inspired cuisine from gravlax to stroganoff was served along with abundant pinots, grigio and noir.

As dinner was coming to an end the younger patrons appeared, Champagne flutes in hand, on the theater’s upper tiers overlooking the opulent spread. Boisterous in their ball gowns and tuxedoes, the youthful throng was hushed as the school’s executive director made brief remarks.

A group of students from the school performed a pièce d’occasion, inspired, it seemed, by either a Russian tavern or house of ill repute. Complete with choreographed arm wrestling, staggering and spread-eagle lifts, the dance may very well have scandalized tsars and tsarinas at Le Bal a century ago but was welcomed with warm applause by the postmillennial audience. After the Russian music stopped, a thudding electronic beat hit the speakers, and the young dancers ran into the crowd, strategically grabbing the evening’s most notable attendees.

Immediately, David Koch was summoned by two dancers and graciously began to dance. Before long, however, Mr. Koch was toe-tapping with the best of them, spinning and shuffling with unexpected rhythm. His peers cheering him on, Mr. Koch tripped the light fantastic with a sly grin. Naturally, The Observer joined the festivities, gamboling with Mr. Koch and his crew for a song or two. As Pitbull’s timeless anthem “Give Me Everything Tonight” was rounding out (“Baby, Ima make you feel so good, tonight,”), we asked Mr. Koch where he learned his formidable moves. “I spent a lot of time in the wrong places,” he said, continuing his singular Charleston undeterred.
editorial@observer.com 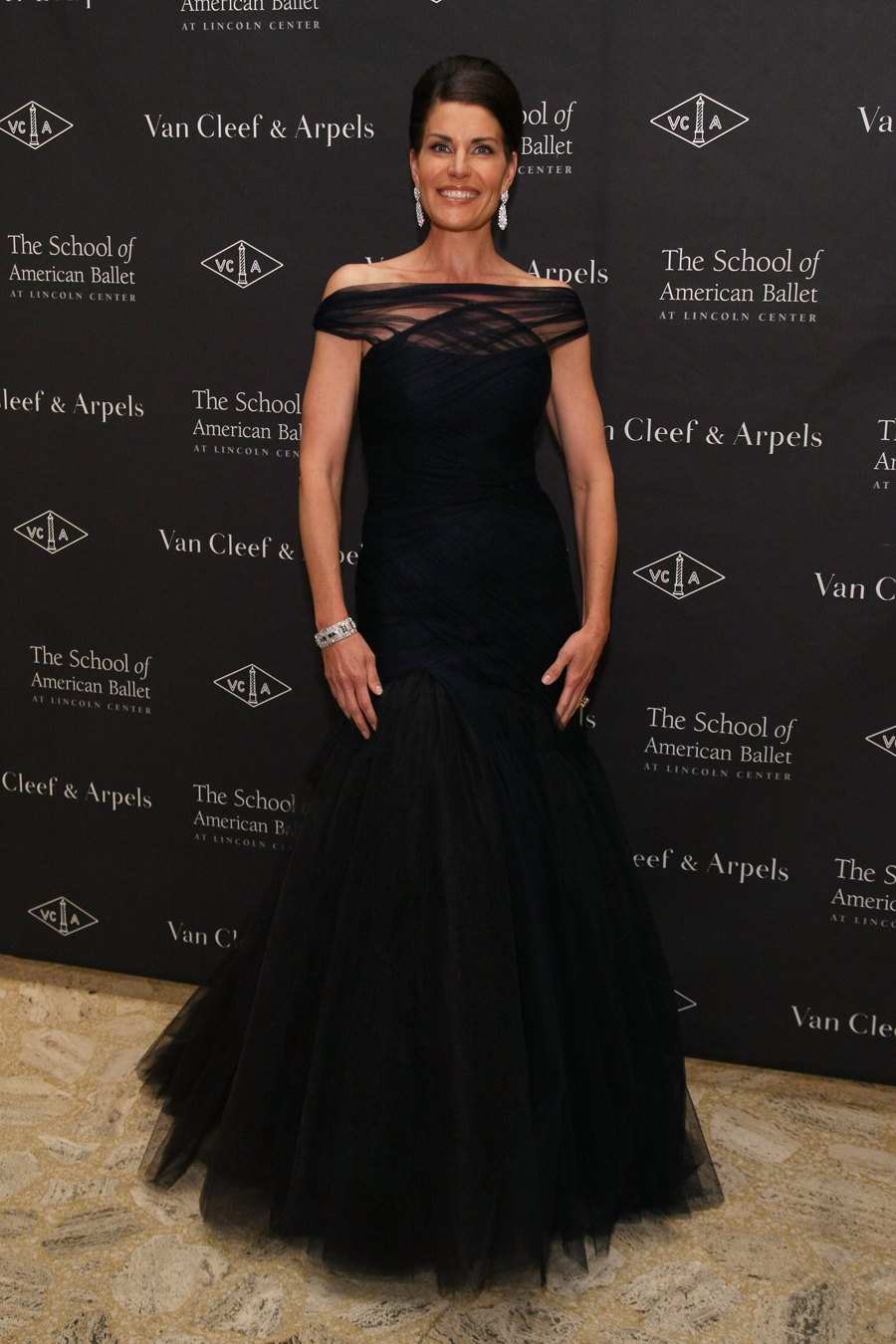