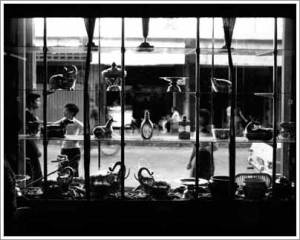 After quite a bit of speculation in the art world about where he would eventually show in New York, Danish artist Danh Vo, who was born in Vietnam and is a favorite with critics and curators, will reportedly be represented by Marian Goodman. Artnet first reported the news on Twitter, and Blouin Artinfo’s In the Air blog brought it to our attention.

Despite being tapped for major international exhibitions, like the Berlin and Gwangju biennales (both in 2010) and the New Museum and Yokohama triennales (in 2012 and in 2008, respectively), Mr. Vo has had only a single one-person show in New York, at Artists Space in 2010.

The artist shows with Isabella Bortolozzi in Berlin and Galerie Buchholz in Berlin and Cologne. He has been nominated for the 2012 edition of the Guggenheim’s Hugo Boss Prize.