David Koch, the billionaire conservative fundraiser who has become known as the “Tea Party’s wallet,” “liked having a lot of women around” in his younger days. However, he didn’t discuss politics with his many girlfriends, preferring to keep those conversations among his male buddies. Cindy Farkas Glanzrock told The Politicker she dated Mr. Koch in the late eighties and has remained an acquaintance of the infamous Tea Party backer ever since.

“I was just one of many girls that he had dates with. It wasn’t anything serious, it was just all lighthearted and fun, and dinners, and shows and things,” Ms. Glanzrock said. “He liked having a lot of women around.”

Ms. Glanzrock is the daughter of the furniture magnate Alexander Farkas and a fixture on New York’s society scene. We met her yesterday at a screening for director Robert Greenwald’s new movie about Mr. Koch and his brother, Charles, Koch Brothers Exposed. In the film, Mr. Greenwald accuses the billionaire brothers, who run one of America’s largest private companies, of having a “dire impact” on “core American values” through their political donations to conservative think tanks, activist groups and politicians. Ms. Glanzrock attempted to defend her former flame in a Q&A session after Mr. Greenwald’s screening.

“Interesting movie, thank you, and my first comment is that it was very much one-sided,” Ms. Glanzrock said to the director.

“It was supposed to be one-sided,” Mr. Greenwald responded.

“I think we constantly are looking at things in a very negative perspective and pointing fingers. I mean, I’ve known David Koch for 25 years. I will tell you that I dated him, but you’ll probably throw a target at me, but probably other women in this room have too,” Ms. Glanzrock said. “The bottom line is, and first of all, I think people should see this, but I’m very disappointed.”

Mr. Greenwald said he was unable to get the Koch brothers to participate in his film, despite repeated efforts. He told Ms. Glanzrock he’d gladly give her a free DVD of the movie if she could help pass it to Mr. Koch and “get him to respond.”

“I’ll be happy to drop off one of these if I can,” Ms. Glanzrock said. “It’s important to give both perspectives.”

After the Q&A, Ms. Glanzrock and Mr. Greenwald talked further about the plan to give Mr. Koch a copy of the film.

“I’m happy to drop off the CD, but I’m not going to say I gave it to him. I’ll leave it outside his house in the Hamptons,” Ms. Glanzrock said.

Following her discussion with Mr. Greenwald, Ms. Glanzrock talked with us about her experiences with Mr. Koch. She rejected the idea the Koch brothers have a sinister agenda behind their political activism.

“I believe he is amongst the privileged. He spends his time amongst the privileged and that is the world and the perspective he has, and I think it’s limited. However, I do not believe that he is a person that wants to do wrong or harm people that don’t have the means that he has,” Ms. Glanzrock said. “I just think he wants to raise up the quality in everything, whether it’s business or the educational system. I think he wants to see people raising the bar instead of lowering the bar and I think that’s where some of his agenda comes from, is people wanting to have prosperity or do well.”

Ms. Glanzrock said Mr. Koch enjoys being influential and doesn’t have much patience for average people or those who don’t share his views.

“He likes to be heard, he likes people to listen to him and he’s definitely not someone that will spend the time with someone on the streets talking about their problems and their woes,” Ms. Glanzrock said. “I don’t see him as someone who has a lot of patience for people, except for those that kind of drink from the same Kool Aid. I think he surrounds himself with those types of people that agree with him.”

Ms. Glanzrock said she dated Mr. Koch “over 25 years ago.” Today, he is married to Julia Flesher Koch, a former assistant to the fashion designer Adolfo Dominguez, whom he wed in 1996.

Though Mr. Koch has been with his wife for more than two decades now, based on Ms. Glanzrock’s account of her relationship with the billionaire Tea Party backer, they probably don’t discuss his political views. Ms. Glanzrock, who said she is a Democrat, said politics was never an issue in her relationship with Mr. Koch because he preferred not to talk about politics with women.

“We discussed more things that had to do with charitable causes and things such as, he loved always going to Lincoln Center. He’d go to the theater and the ballet,” Ms. Glanzrock said. “I don’t think that it was something that he spoke to a lot of women about anyway. He’d maybe speak amongst his male peers, but not so much with his female peers.”

Mr. Koch’s love of Lincoln Center later led him to make a $100 million donation to the performing arts center in 2008. Ms. Glanzrock said she and Mr. Koch have remained acquainted through his participation in charitable causes and the high society scene. 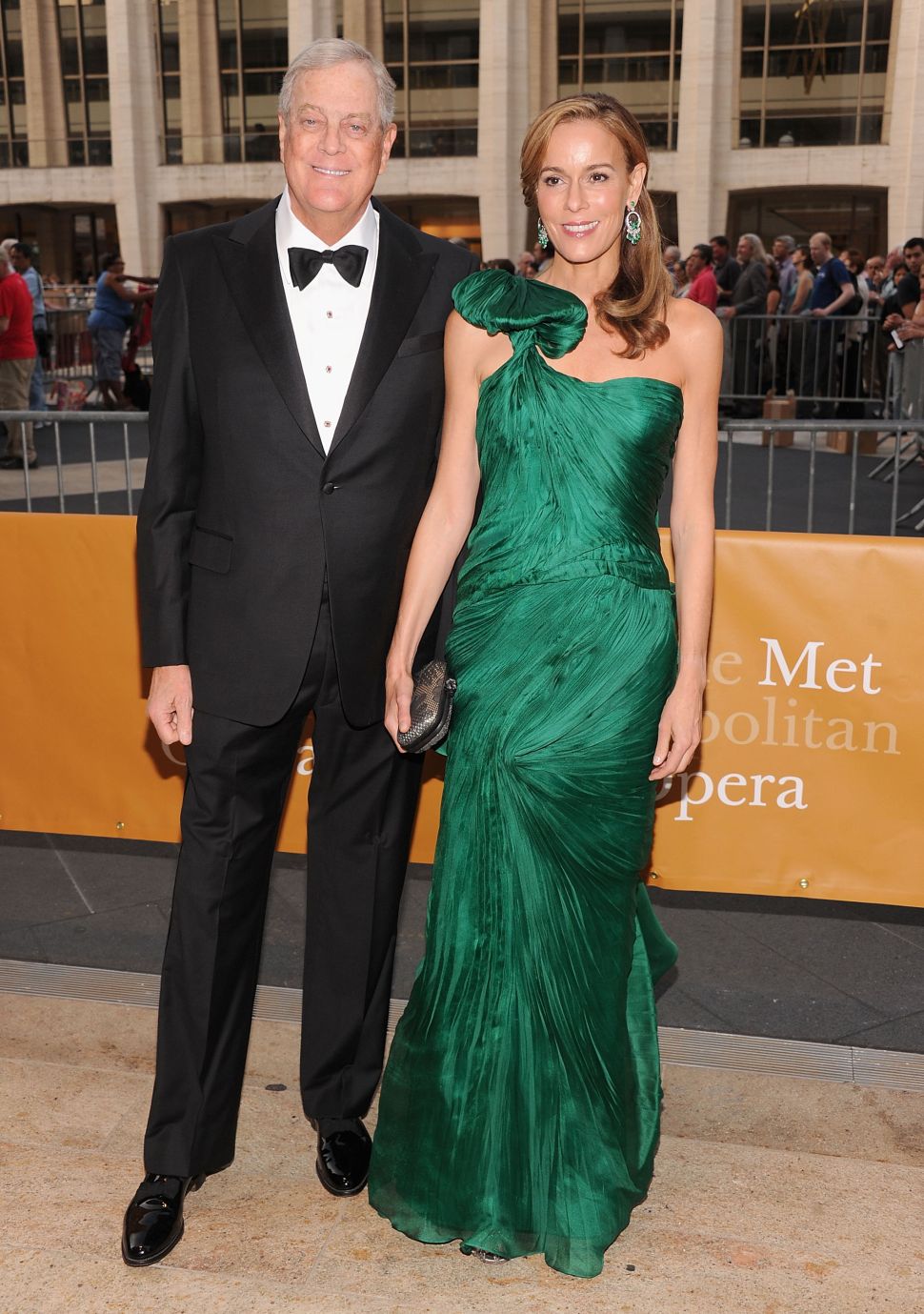