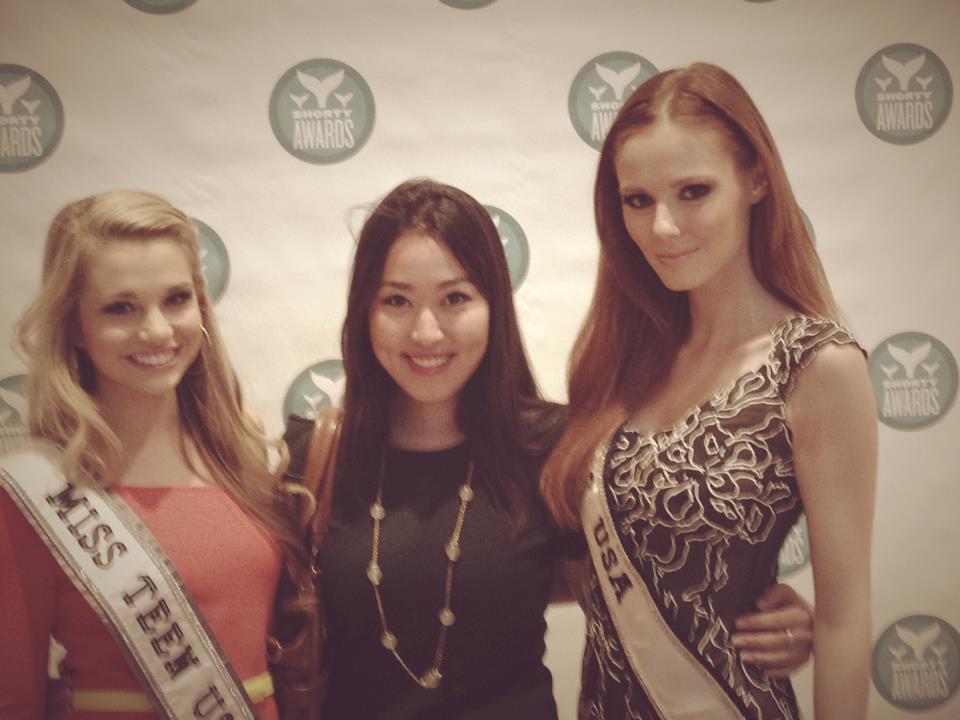 This is a guest post from Gary Sharma (aka “The Guy with the Red Tie”), Founder & CEO of GarysGuide and proud owner of a whole bunch of black suits, white shirts and, at last count, over 40 red ties. You can follow him at @garysguide and reach him at gary@garysguide.com.

“Once a year I put on a tie. Tomorrow is that day!”

Ok, yeah, so obviously thats not me! (I put on a red tie 365 days a year, people! 😉 Thats my friend SawHorse Media & Shorty Awards CoFounder Greg Galant tweeting as he geared up in preparation to organize the fourth edition of the popular Shorty Awards (or as they’re also known as “Oscars for Social Media Peeps!”).

The event, which took place at the Times Center, was, as expected, packed with celebrities. I ran into Aasif Mandavi from the Daily Show who was one of the presenters along with fellow Daily Show correspondents the always funny Samantha Bee and Jason Jones who have co-hosting duties this year. (Did ya know Sam and Jason are a couple? I had no idea. How funny must their kids be!) 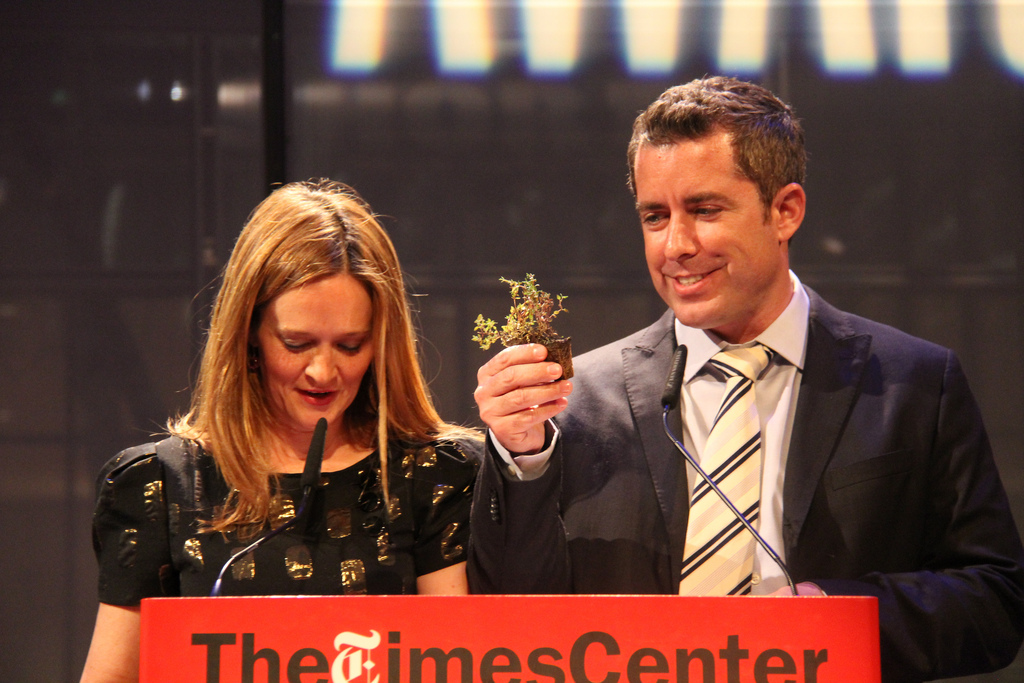 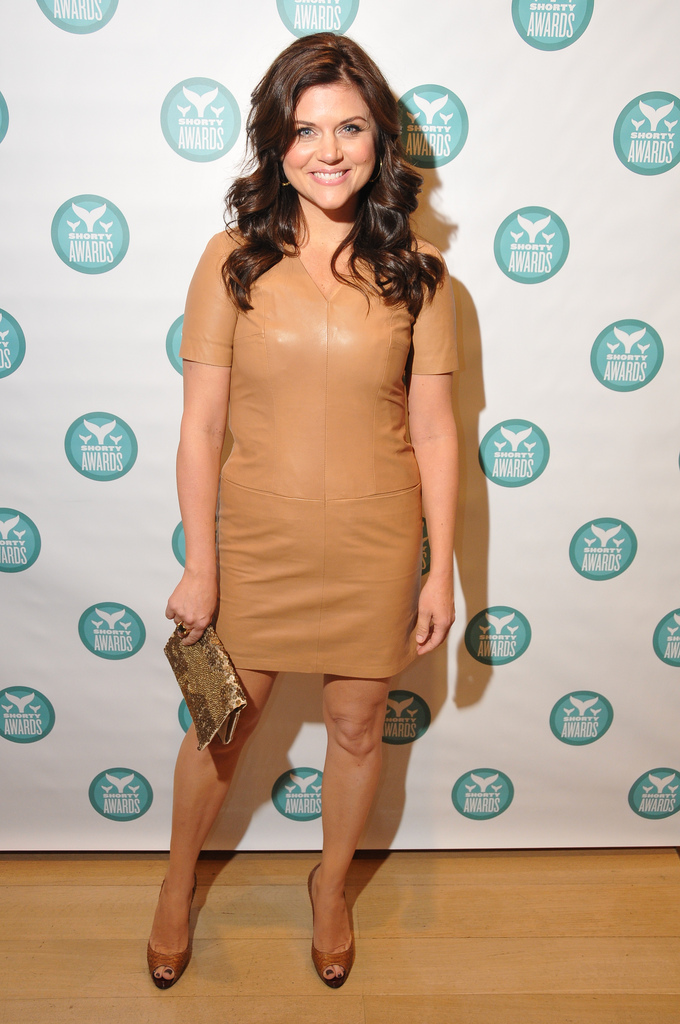 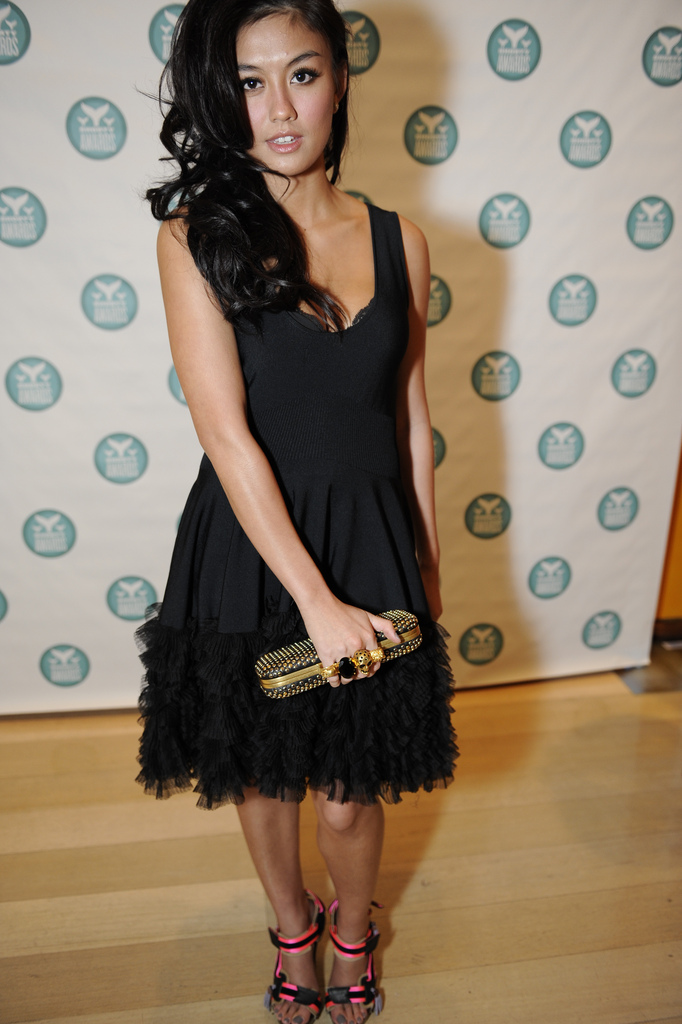 At the well-stocked openbar (which pretty much everyone was making a bee-line for), I bumped into the lovely Chi Zhao from Morris+King, Rina Raphael from the Today Show, Rosa Golijan from MSNBC, IRL Productions’ Emily Gannett and ABC News’ Maya Baratz. I hadn’t seen them since SXSW and it was great to catch up and reminisce of the crazy, crazy times we had down in Austin earlier this month. Chi and I are still nursing hangovers!

Barbarian Group CoFounder (& Angel Investor) Rick Webb and I talked about some of his recent investments that he was excited about including new startups by SimpleGeo CoFounders Joe Stump (who recently launched Sprintly) and Matt Galligan (whose new startup Circa has Cheezburger’s Ben Huh ‘n Menlo Ventures’ Shervin Pishevar involved). Rick’s an investor in both and also SimpleGeo which was acquired by Urban Airship recently. Now thats what I call believing in and investing in talent. We also chatted about sponsor ads on NASCAR drivers and sponsor ads on Red Ties. Yeah, I guess I qualify as a walking, human billboard now! 😉 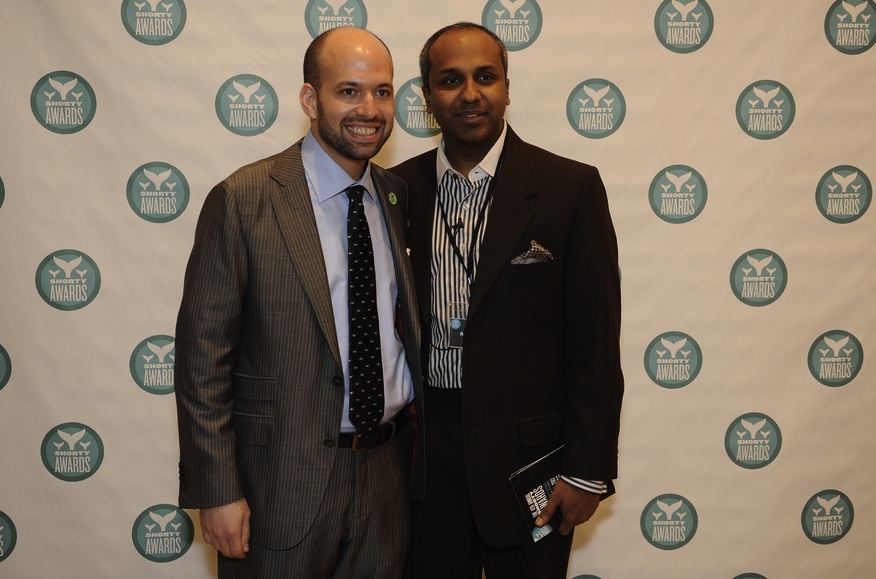 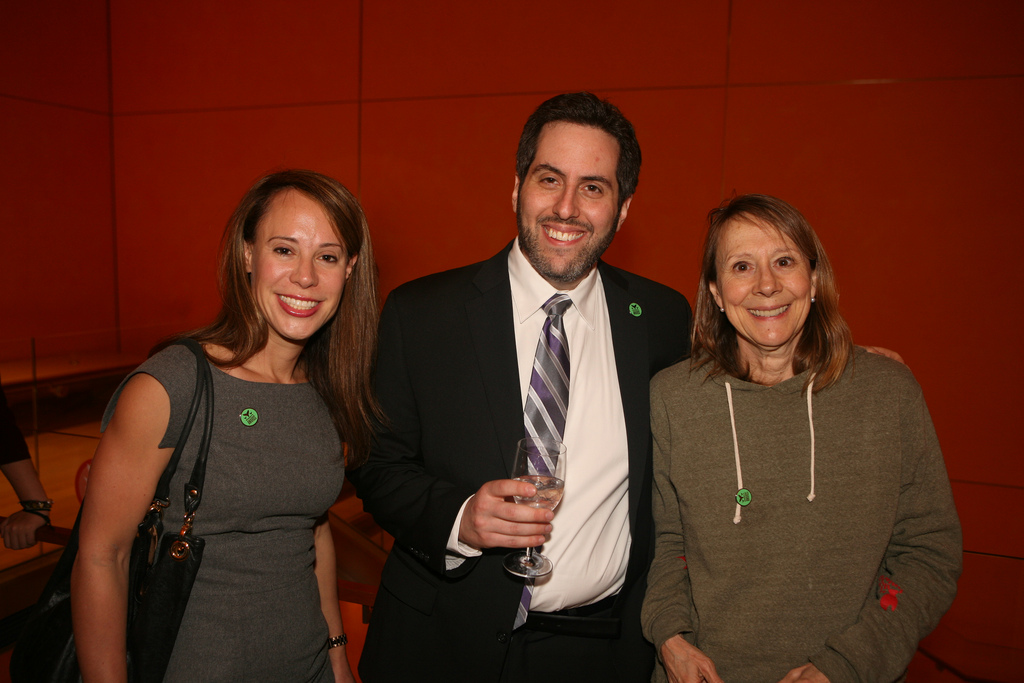 I got high fives from Fitocracy CoFounders Dick Talens and Brian Wang. Fitocracy, a 500 Startups alumni and 2nd on Betabeat’s hottest NYC startups by search traffic, was up for the ‘Social Fitness’ Shorty Award but sadly lost out to TakeAChallenge. (note to self: must resist making any Dick, Wang, Shorty jokes!)

I ran into old friends Perpetually‘s Darrell Silver and The Wall Street Journal’s Erin Sparling. We used to hang out at House 2.0, the home of Jelly. For those who don’t know, before there was General Assembly and New Work City and We Work Labs, there was Jelly, the grand-daddy of coworking spaces in the city!

Chatted with DotGo’s Michelle DeForest, MWW Group’s Ari Greenberg and Blip TV CoFounder (& Real-Time Academy member) Dina Kaplan. Dina, who was just back from an amazing trip across Asia (Indonesia, Bali, Sri Lanka, Singapore), regaled us with travel stories and anecdotes from her trip that made us all want to hop on the next flight to paradise. Its what I call Travel FOMO! 😉

Also ran into the folks from new startup SponsorHub which is a marketplace for event sponsorships and backed by SecondMarket’s Barry Silbert, Vision Ventures’ David Honig and Quotidian Ventures among others. They are also my current exclusive Red Tie Sponsor. Thanks, guys! 🙂 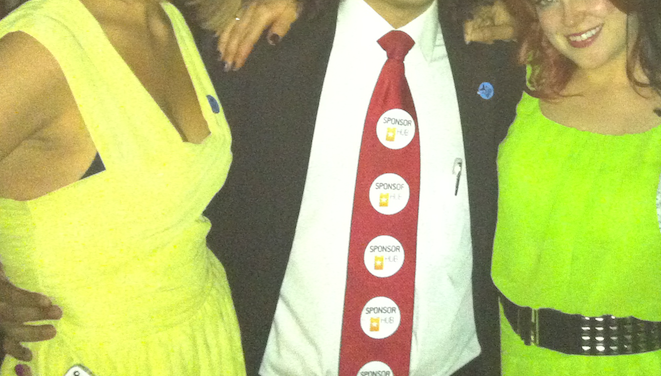 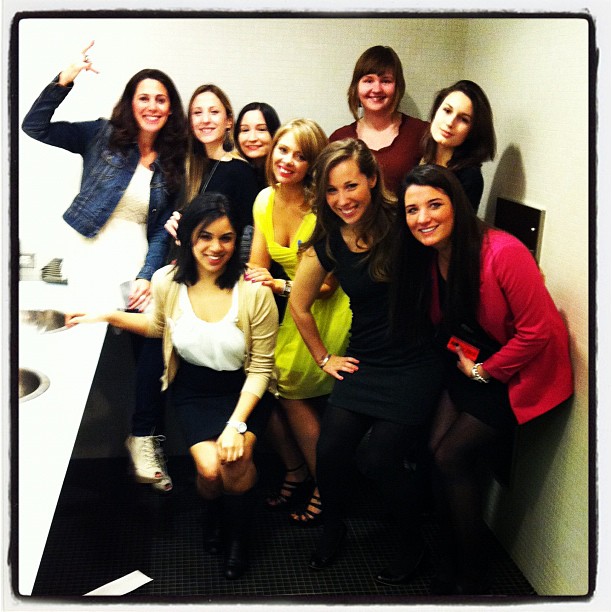 ‘Bathroom bonding at the #shortyawards. Ladies are so nice!’ tweeted ChangeTheRatio’s Rachel Sklar

Betaworks VP of People (and ex-Etsy’er), Jonathan Basker came up to me and introduced himself saying Highlight had recommended we should connect. So I guess this is what networking in the 21st century is going to be like! Among other things, I learnt the interesting tidbit that he was hired by Etsy over Skype whilst still traveling in Asia and without ever meeting them in person! That’s a lesson here for all startups looking to hire. Look for smart, passionate people who believe in ur product no matter where they may be.

I had an interesting chat with Upright Citizens Brigade’s Charlie Todd who is also the Founder of ImprovEverywhere. We discussed the possibility of collaborating together and bringing their comic sensibilities to the Silicon Alley / Tech audience. Don’t know what ImprovEverywhere is? Well then you, my friend, have to check out their now infamous No Pants Subway Ride stunt! 😉 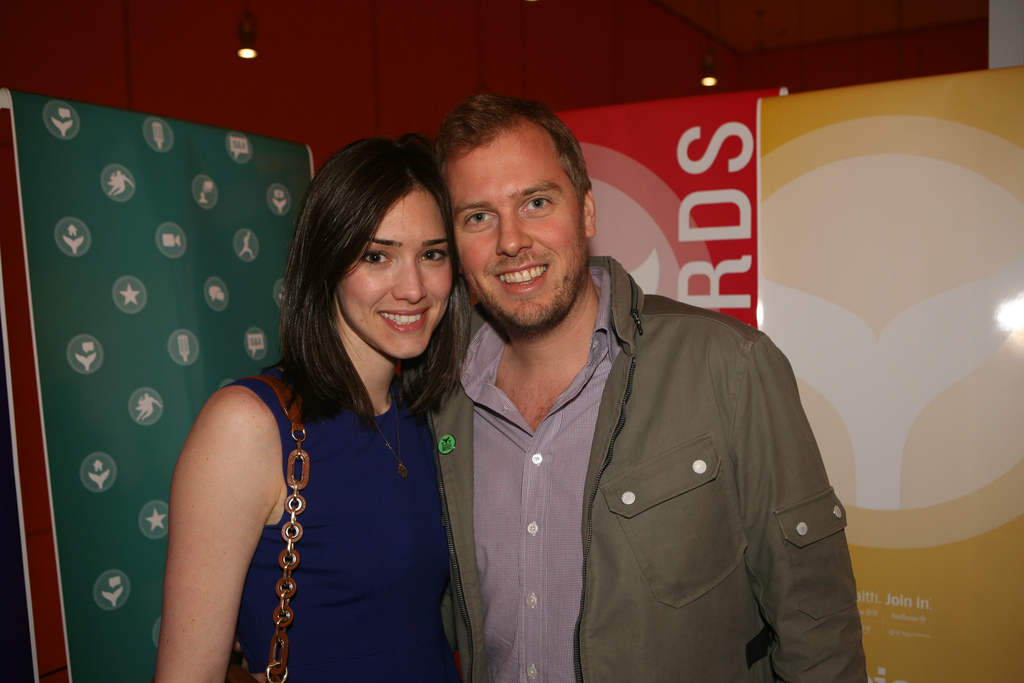 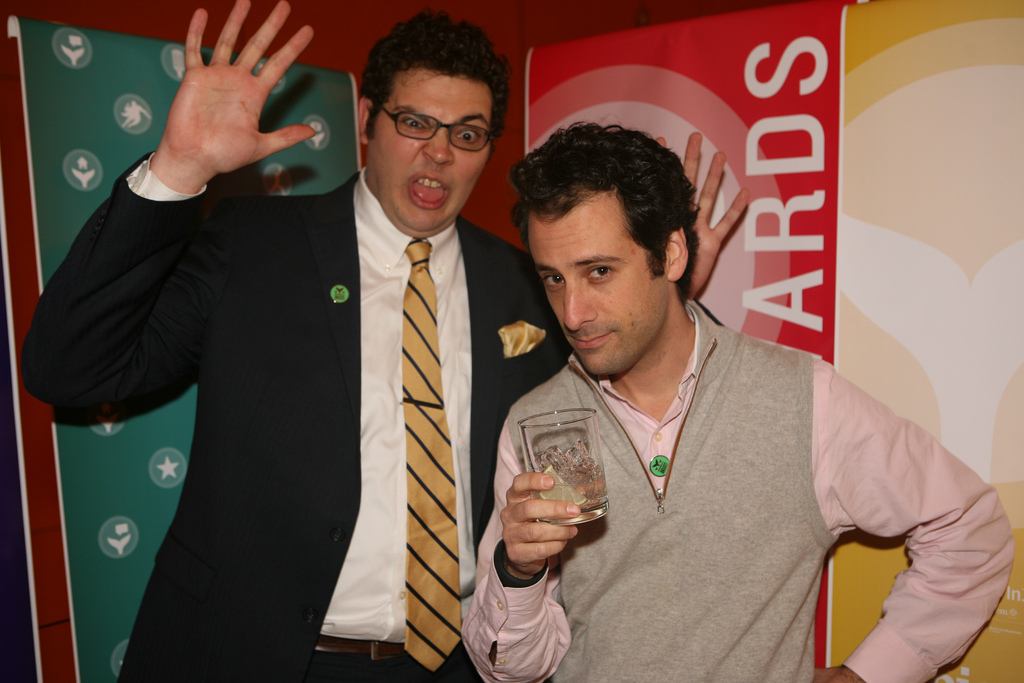 And then of course there was the actual awards show. NASA won. So did CNN. Justin Bieber won (of course). As did Selena Gomez. Curtis Paradis won for ‘YouTube Star’. Louise Macabitas won for the ‘Real Time Photo of the Year’ award for “Police Pepper-Spraying UC Davis Students.” Yes, the one that inspired this tumblr page and became a runaway viral meme.

And there was Foursquare CoFounder/CEO Dennis Crowley presenting NYC’s ‘CEO Mayor’ Mike Bloomberg with the foursquare Mayor of the Year award. So I guess all that tweeting finally paid off! Personally I’d have loved to see his hilarious alter ego ElBloombito win an award too. 🙂 Mayor Mike wasted no time making his case for next years awards by immediately tweeting “Honored to accept the #ShortyAward for ‘@Foursquare Mayor of the Year’ here in #NYC, the social media capital of the world!” Go, Mayor Mike! 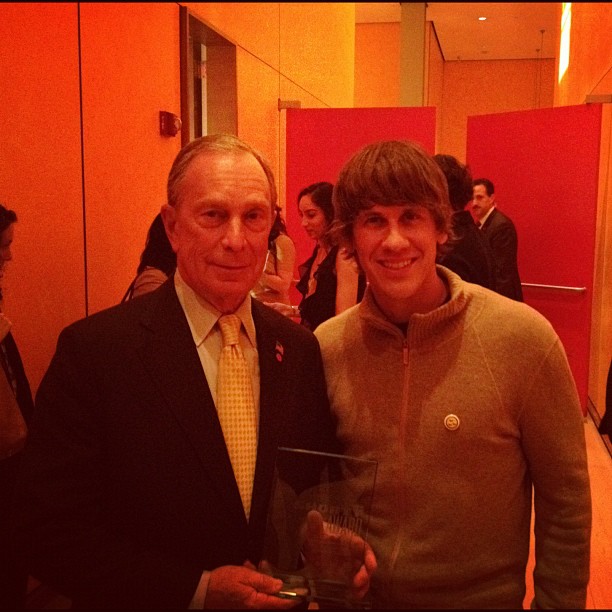 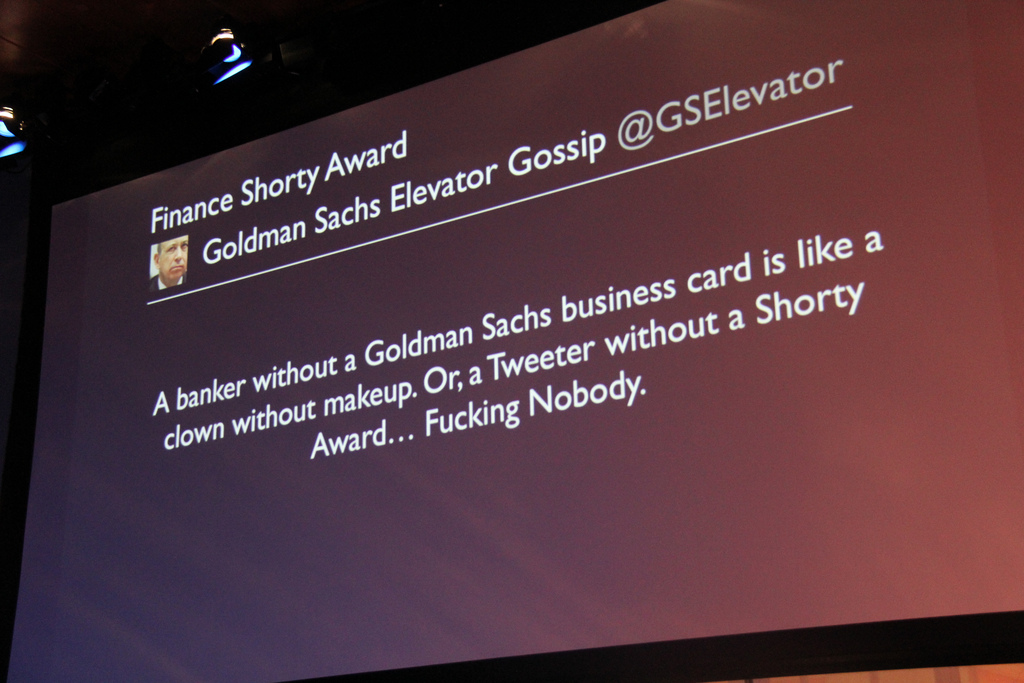 The after-party was at the Tribeca Grand downtown. And the thoughtful folks at GroundLink (Shorty sponsor and Uber competitor), had arranged for a couple of ‘party buses’ to chauffeur us downtown. Now that’s a trend I hope catches on!

Congrats to Greg, Lee and the rest of the folks at SawHorse Media for an awesome job yet again organizing the amazing Shorty Awards. You guys should reward urself with some well-deserved expensive bubbly. Oh wait, u already did. 😉