In a Q&A session with reporters after the cabinet meeting today Governor Andrew Cuomo discussed the state of his push to reform the pension system for public workers. Governor Cuomo was asked about legislators who are demanding he negotiate the reforms with the unions and get them to agree to a plan, but he was adamant that there’s nothing to negotiate and the unions are inherently opposed to reform.

“We just finished negotiating quote-un-quote with our public employee unions; salaries, benefits, et cetera when we did contracts. The contracts were ratified. Pensions are not subject to collective bargaining negotiations, so you can’t negotiate a pension in the collective bargaining. If you just finished negotiating a contract and someone says, ‘Well, go negotiate the pension with the unions and I’ll only pass pension reform if the union agrees,’ there’s nothing left to negotiate with the union,” Governor Cuomo said. “By definition, the unions don’t want a reform that would diminish pension benefits, so the answer’s always going to be, ‘No.'”

A reporter mentioned that Governor Paterson was able to get unions on board the Tier V pension reform in 2009 by promising not to lay off public employees for two years, but Governor Cuomo reiterated his point that, at the moment, there’s nothing other than pension reform left for him to negotiate with the unions.

“If the Legislature requires acquiescence, it will not happen now,” Governor Cuomo said. “Tier V was negotiated by the governor with layoffs, but we have just finished negotiating layoffs and everything else in our contract discussions, which were just ratified a few months ago. So, there are no open items left in our discussions with the unions.”

Governor Cuomo criticized reporters for focusing on the “politics of” the pension reform push. He pointed to the dire financial situation in Suffolk County to say that pension reform is absolutely necessary due to “a crisis in this state” with “local governments that are really teetering financially.” While the governor admitted it would be “nice” to maintain pensions at the current levels, he said reforming the system is absolutely necessary with the current financial situation.

“You look at the cost of the pension system and the increase in the pension system, it’s just unaffordable. There’s no political debate, or policy debate or ideological debate. It’s a question of numbers,” he said. “Would it be nice to do? Yes, but you cant afford it? That’s why all these things are a tradeoff. Do you support this? Do you support this? I support everything. I support all nice things. The question becomes can you afford it? Can you pay for it? And we can’t afford this level of public pensions, period, on the numbers.”

Governor Cuomo was asked if he might be willing to decouple the pensions from the budget to avoid the overall budget getting bogged down in the pension reform debate. He dismissed that possibility.

Governor Cuomo was also asked his take on a monthly newsletter put out by DC37, New York’s largest public employee union, that critically compared his pension reform proposal to President George W. Bush’s efforts to cut social security. The governor shot back with a rather cheeky response.

“I guess they oppose the pension reform plan,” he said. “I have divined that from that statement.” 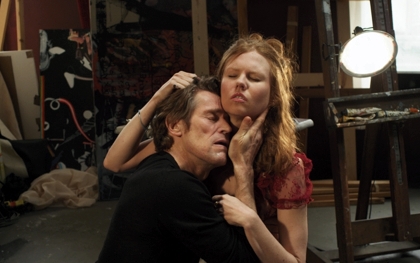