“Only in a setting like this,” Governor Cuomo said with a laugh.

Governor Cuomo continued by saying he doesn’t believe he’s taken an official position on MMA and joking that the Red Room of the State Capitol Building is a fighting ring.

“I don’t believe I’ve taken an official position on mixed martial arts,” he said. “Have we said anything? Does anyone know? This is the ring, this is the octagon.”

New York is one of the few states where MMA is still illegal. Mr. Lovett answered that he thinks “the feeling” in Albany is that the governor opposes legalizing mixed martial arts fights. Governor Cuomo said he simply hasn’t considered the issue. 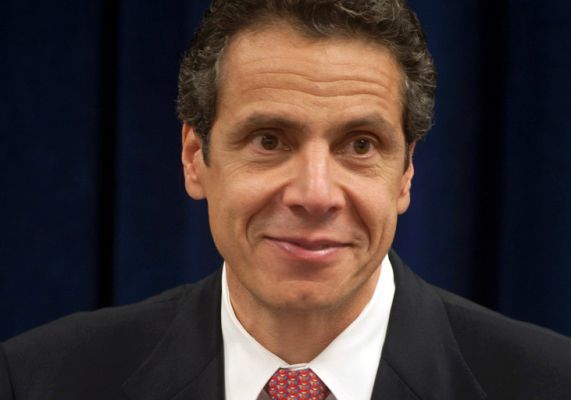