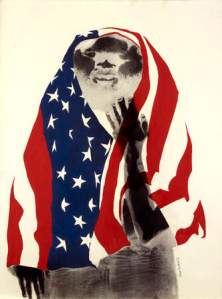 For the past few months, following Los Angles Times writer Jori Finkel’s lead, we’ve noted the fact that none of the scores of shows about postwar art in Southern California, organized under the aegis of the Getty’s “Pacific Standard Time” initiative, were scheduled to travel to New York.

Happily, MoMA PS1 director Klaus Biesenbach provided a burst of sunlight this morning at a press conference at MoMA, announcing that the Hammer Museum’s “Now Dig This!” exhibition, about art made by African-American artists in Los Angeles from 1960 to 1980, will run at the Long Island City kunsthalle from October, 2012, to February, 2013, confirming rumors that the show would be coming to New York.

“Now Dig This!” was organized by Kellie Jones, a guest curator at the Hammer. Reviewing the show in the L.A. Times, critic Christopher Knight credited the show with presenting the context in which its featured artists–David Hammons, John Outterbridge, Betye Saar and many others–were working “with clarity and compelling insight.”

In fairness, a representative for “PST” told The Observer that the intention of the program was to encourage people to visit Southern California and the surrounding area, not to travel shows. Nevertheless, it’s heartening to see all of that scholarship get a second life. Let’s hope that a few more “PST” visit our shores in the coming months.