The pair stepped together into the spotlight when Foursquare won best-in-show at the South By Southwest Internet tradeshow in 2009 in Austin. After that, they appeared everywhere together. They traded off for media interviews and the presentation of prizes at Foursquare-sponsored events. They finished each other’s sentences in a spot for the USA network; they posed on a snowy New York street bundled in cardigans for a Gap ad. In a spread for Italian Vogue last year, the sandy-haired Mr. Crowley appears in a black suit, his Indian-born cofounder in beige. Mr. Crowley has his hand on Mr. Selvadurai’s arm and they’re looking at each other with oversize grins—not surprisingly, as Foursquare is now valued at more than $600 million.

And yet, a week and a half ago, on the third anniversary of that first SXSW victory, Mr. Selvadurai announced he was leaving the company.

The word came down on a Sunday afternoon, so it took a few days for the tech tabloids to orient themselves. But soon enough, the rumors started. “A source close to Selvadurai tells us the Foursquare cofounder has seemed ‘frustrated’ and ‘lost,’” reported the blog Business Insider; Mr. Selvadurai was “forced out,” according to a followup story. “Dennis and he don’t hate each other—things just changed,” one person told AllThingsD reporter Kara Swisher.

On Saturday, Mr. Crowley took the stage at SXSW, and on Sunday, he and the rest of the Foursquare delegation drank and made merry at the infamous Foursquare shindig, held in a sunken courtyard bar. Last year, Mr. Selvadurai spent most of the party lounging on the top deck with Ashton Kutcher and Demi Moore, or encircled by twenty-somethings on the dance floor. This year, he skipped the conference entirely. END_OF_DOCUMENT_TOKEN_TO_BE_REPLACED 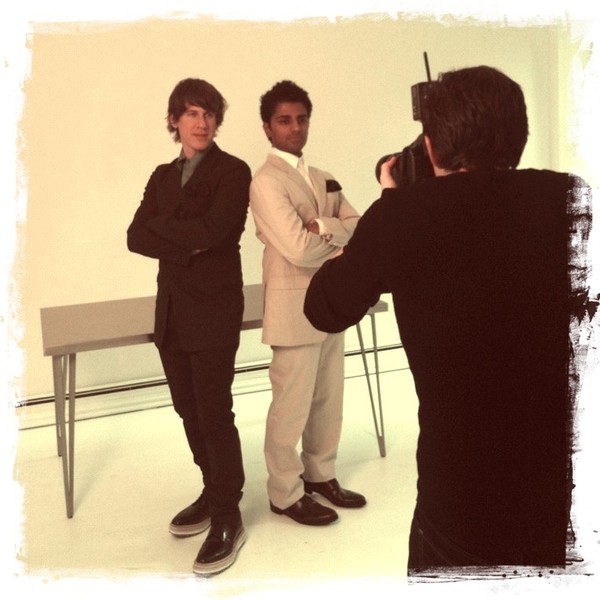