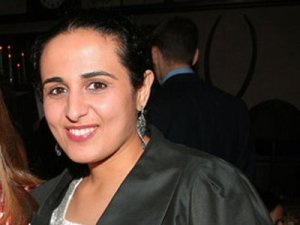 In a profile of Sheikha Mayassa Al Thani, the daughter of the emir of Qatar, The Economist has declared the 29-year-old “the art world’s most powerful woman.”

The piece starts to make that case early on, opening with a scene of a dinner at Qatar’s Museum of Islamic Art with 200 dealers, collectors and curators hoping to get face time with Sheikha Mayassa, the evening’s host. “Larry Gagosian, whom many regard as the most powerful art dealer in the world, was placed at a table nearby, with the other art dealers. Few people could get away with asking Mr Gagosian to dinner halfway around the globe, only to sit him with the rest of the class.”

Sheikha Mayassa, in her first interview, lays down the meaning of the Qatar Museum Authority (QMA), which is already turning the country into a cultural destination:

The QMA is very much my father’s baby. He wanted to create something…to connect with the community, to create a culture dialogue within society. We report directly to him. The nice thing about my father is that he doesn’t interfere in the day-to-day business. We present the strategy, and once he agrees with the strategy and the vision we are given the authority and freedom to go ahead and execute them in the way we think fit.

The QMA’s budget, according to the article, is not available to the public.