If you thought the Linsanity merchandising gravy chain had slowed down, think again.

Former correctional officer, narrative genius, luxury car hobbyist, and “Stay Schemin” poet Rick Ross—who, as it happens, is performing in New York this Tuesday night—Tweeted an Instagram’d picture a few moments ago, detailing the recent shopping excursion he took a colleague on:

The fruits borne by this trip? They are, technically, herbs: Yes, Jeremy Lin now has a marijuana strain named after him, one that appears to be sold in an undisclosed (but fairly reputable-looking, judging by the handiwork on the label) marijuana dispensary. Wonder if he’s going to file for trademark infringement?

Either way, the Jeremy Lin/Linsanity gravy train continues to ride strong, if not, now, slightly hungrier for something to eat, possibly covered in actual gravy. Or some movie popcorn. Either/or. 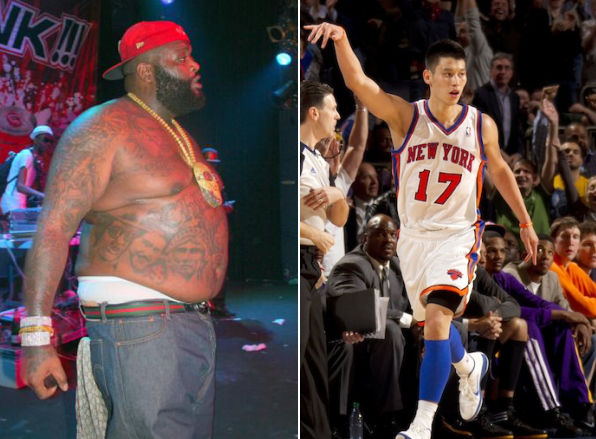