The Statue of Liberty is Tebowing on the back cover of today’s New York Daily News.

Yesterday’s trade of the Denver Broncos quarterback was also splashed on The News’ front cover, as well as that of  rival New York Post. The News went with a simple “Amen,” while The Post has Mr. Tebow taking a knee in Times Square.

The Post headline is “God Him!”–an apparent reference to the “Got Him!” cover the paper published the morning after Osama bin Laden was killed. 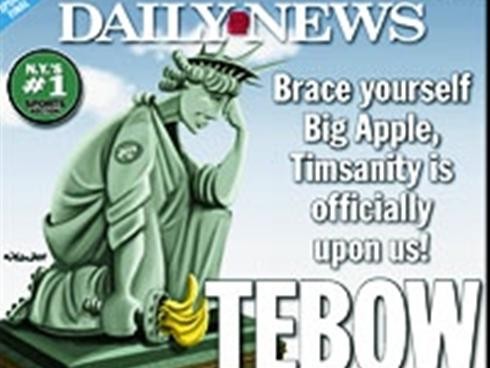