Yesterday, in a rally held in Cooper Square, the 33-year-old son of Village Voice co-founder Norman Mailer got up on the podium, reported Capital New York’s Joe Pompeo.

“It’s hard for me to be up on this podium today,” Mr. Mailer, who was there for a protest to shut down BackPages.com, the part of the Village Voice that’s been accused of sex trafficking in underage women, “because I’ve always loved the paper and what it stood for…to see them now, justifying their actions for this profit is heartbreaking.”

Mr. Mailer is the youngest son of his father, and in 2005 they co-wrote The Big Empty. Of course, the real irony here is that Norman Mailer loved writing about prostitutes, stabbed one of his wives, and his work isn’t exactly for the Female Studies portion of the bookstore. He also wrote a lot about sex with underage women. From his last book, The Castle in the Forest:

Then she was on him. She did not know if this would resuscitate him or end him, but the same spite, sharp as a needle, that had come to her after Fanni’s death was in her again. Fanni had told her once what to do. So Klara turned head to foot, and put her most unmentionable part down on his hard-breathing nose and mouth, and took his old battering ram into her lips. Uncle was now as soft as a coil of excrement. She sucked on him nonetheless with an avidity that could come only from the Evil One – that she knew. From there, the impulse had come. So now they both had their heads at the wrong end, and the Evil One was there. He had never been so close before.

The Hound began to come to life. Right in her mouth. It surprised her. Alois had been so limp. But now he was a man again!

We can’t be sure, but if Norman Mailer were alive today, we think he’d be using the backpages an awful lot himself. 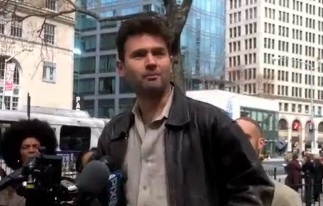