Massachusetts Senator John Kerry, a decorated Vietnam veteran, said he believes there “absolutely” should be a parade for the troops who have returned from Iraq in New York or Washington, D.C. Though there have been calls for a ticker tape parade honoring Iraq veterans in Manhattan, Mayor Bloomberg has said Pentagon officials don’t want New York City to hold a parade now because they think it would be “premature while we still have so many troops in harm’s way around the world.” The Politicker asked Mr. Kerry his thoughts on whether there should be an Iraq War parade in Manhattan after his appearance at New York Law School yesterday.

“Absolutely, I think there ought to be a parade if not there, in Washington,” Senator Kerry said. “I think Iraqi war veterans, all veterans, I think they deserve to have the nation’s gratitude and I think it’d be wonderful to do something like that.”

Over the years, New York City has held ticker tape parades for veterans of the Spanish American War, World War I, World War II, the Korean War, Vietnam and the first Gulf War.

The Iraq War may be over, but there is increasing concern we may be headed toward a new war in Iran. At a fundraiser in Manhattan Thursday night, President Barack Obama was heckled by a woman who shouted “No war with Iran!”

“Nobody has announced a war, young lady,” President Obama said. “You’re jumping the gun a little bit there.”

We asked Senator Kerry, who’s a member of the Senate Committee on Foreign Relations, if he thinks a war with Iran is likely.

“I don’t want to talk likelihoods of war right now,” Senator Kerry said. “What I want to talk about is my hope that the Iranians will see the opportunity to negotiate.” 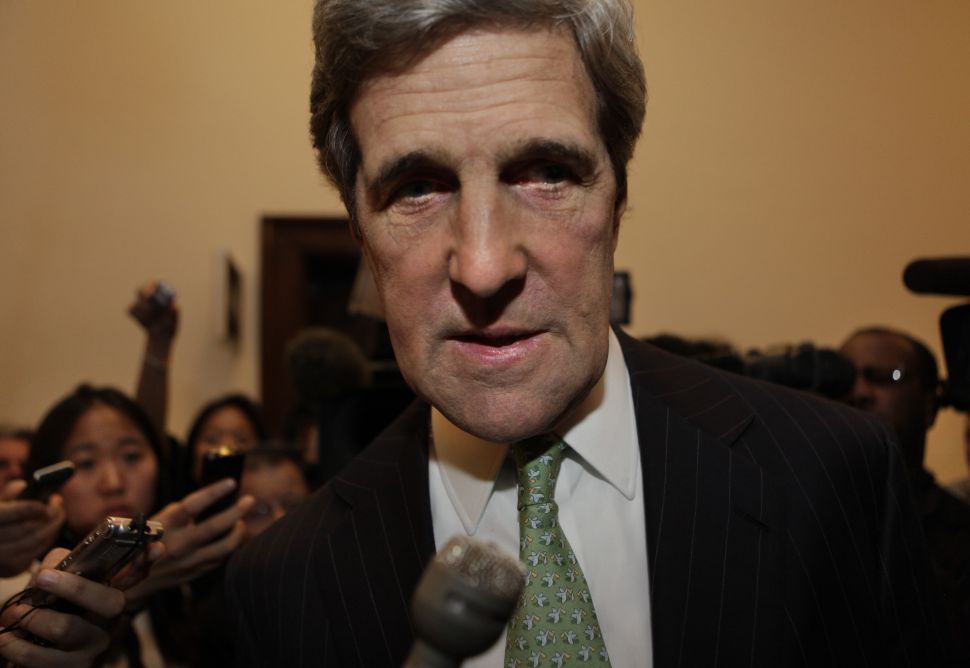